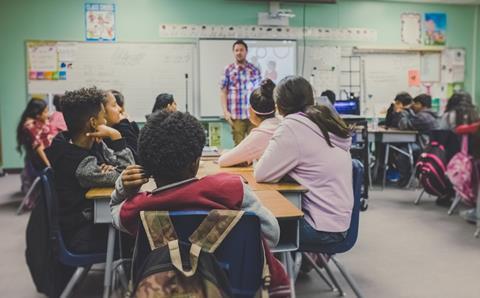 Mr Justice Colton ruled that the exclusively Christian nature of RE and worship violates the freedom of religion or belief of a non-religious family.

Joe Aldred, from the National Church Leaders Forum, told Premier why he agrees with the ruling:

“What I would say is that I’m tending to lean towards feeling that this sounds about right to me, in the sense that if you have a community where we’re changing the shifting balances, in terms of ethnicity, in terms of faith and so forth, then I think the practice in national institutions like education in schools, for example, should follow and be fair to all concerns.

“So I think you’re supporting a sort of exclusive protectionist ideology or practice and education that seems to me to be unsustainable as a practice.”

Aldred goes onto to say that he does believe that the shift in the demography of religious practice is not just a Northern Ireland issue, it is a national issue across the United Kingdom.

He said it is indeed a world phenomenon, particularly in the Western world and he thinks it will have implications for elsewhere.

Aldred said: “I’ve said I think protectionist ways of ensuring that your faith is taught and practised in schools, in the education system, I don’t think this is the way to go.

“I think what we all need to feel is that the society in which we live is fair to us, whether we’re believers or non-believers, whether we have faith or have no faith, and whatever part of particular faith communities and societies that we belong to. I think that society and its laws should apply fairly.

“In schools, what this should lead to is that Christianity in general, particularly in the Western world, needs to become far more proactive in promoting and practising the faith and passing it on to our children and not rely on legal protectionism.”