We have seen a rise in protests happening at schools in various places around the country in the last few years. They have been organised for different reasons but all have at the centre the desire to see change, and each of them have been passionately fuelled. 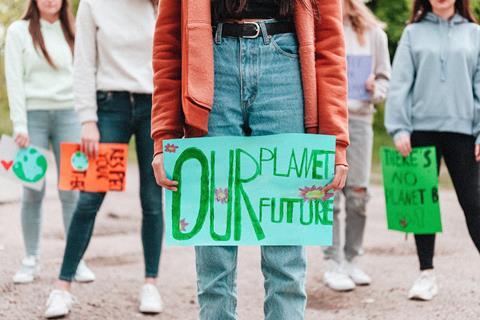 High-profile protest in recent years include those at Anderton Park Primary in Sparkhill, Birmingham against the teachings about sex and sexuality, led by parents of faith, in this specific case mainly Muslim parents.

British Muslim parents were also involved in a protest about the use of an inappropriate image during an RE lesson at Batley Manor in 2021. We’ve seen a rise in protests led by anti-vax parents of all faiths and none.

Pro-Palestinian viewpoints are heavily censored by the UK Government’s Prevent agenda. Many students found themselves being threatened with expulsion or withdrawal from GCSE exams after putting up posters with slogans like ‘Free Palestine’ and ‘End illegal occupation’.

The results of protesting are not always positive. Sometimes change is created but there are other more negative outcomes: children get hurt, scared to go to school, confused about the high emotion from parents and the gap between what is actually being taught and what parents think is being taught, especially in the case of teaching about sex and sexuality.

There are also serious psychological implications for staff, especially where it is parents who are protesting, including threats to life, PTSD, panic attacks, homophobic attack – whether physically harmful or psychologically harming.

In the case of the secondary school pupils who campaigned against discrimination and overly oppressive systems at Pimlico Academy, they did see change to their school. The head, who had been in charge of the changes in policy, left and the school now has a new permanent head.

In the case of the RE teacher who was suspended after the showing of an inappropriate image during class, he was cleared of any intention to cause offence and told he could return to school. However, there were reports of him having to go into hiding along with his family for fear of reprisals.

Whatever we might think about the right to protest, these negative consequences are hard on those involved.

How might we respond or react? Jesus responded to injustice in a myriad of ways: flipping over tables, quiet writing in the sand, speaking to people who he ought not have been speaking to, having dinner with rogues, welcoming women into his presence despite the controversy.

He also encouraged us to be peacemakers – people who will build bridges with our fellow human beings. Sometimes that will mean standing with those who are passionate about a cause, sometimes it will mean holding space for heated debate, encouraging listening and respectful discourse between warring factions.

I worry that we have not been taught to disagree well, with too much emphasis on ‘winning souls for Jesus’ and not enough on being able to listen and agree with those whose faith might be different but with whom we might actually find common ground.

As schools’ workers what is there we can do? Well, as we have heard in these pages previously, the teaching of RE is an excellent opportunity for us to get involved in the life of our schools. It is important that we recognise just how valuable these lessons can be, here are a few of the ways that good RE teaching can have a positive impact.

Support the right to protest

Protests seem to have the most impact when they are organised by young people rather than by parents. There’s a world of difference between the ultimately misplaced anger of those parents protesting in Sparkhill and the sit-down protests at Pimlico Academy.

The former was fuelled by a few who were out to sow seeds of division, resulting in the spread of misinformation and an incredibly damaging ‘them vs us’ attitude which in turn had a destructive impact on the well-being of staff and pupils alike.

The latter was part of a wider action in the school, where the staff had already taken a vote of no confidence in the head. Pupils decided to make their own stand and whether the staff agreed with their actions or not, it did not have the same detrimental effect on them.

Having worked in a school where staff and pupils were deeply unhappy with the way their head was leading the school, I have a lot of sympathy with the actions taken at Pimlico Academy.

Celebrating difference helps us to recognise that, as the late MP Jo Cox is known for saying, what we have in common is stronger than what divides us. Our shared humanity should be the starting point of all discussion and debate, and what better place to begin this than at school?

For children who may grow up in households of extreme bias and intolerance, whether that’s about race, gender or faith, the more neutral ground of school may be the only time they hear a message that is different from those they hear at home. Of course, this is also true for those children and young people whose parents and caregivers also give negative messages about them as well.

This is both inside the school and in the wider community (parents and other key interested parties). There are obviously times when this goes horribly wrong, as was the case at Batley Manor School.

Not only was there a complete lack of awareness of what may happen as a result of the lesson on blasphemy, which was the context for the sharing of an image of the Prophet Mohammed, something which is deeply offensive in Islam, but in among all the press reports there is a feeling that the situation was not helped by the interventions or calls for calm by government officials.

The potential for the teaching of religious education to support a culture with the wider school community that promotes positive relations among all, regardless of faith and background is not to be missed.

Sometimes Christians are not so good at this, but I think it might be an even wider problem. The UK government created the Prevent strategy after the London bombings in 2005, it has shaped so much of our anti-radicalisation agendas since then at the expense of freedom of speech in many contexts.

The Prevent strategy is at the heart of the response in many schools to the pro-Palestinian protests in 2021, and it has resulted in the shutting down of important conversations, leaving a bad taste in the mouths of those who welcome debate and discussion on topics that are close to many young people in the UK.

To find out more about getting involved in RE, look up the National Association of the Teaching of RE (NATRE) and your local Standing Advisory Council for Religious Education (SACRE). Or, if you’re already going into school, see if you can chat to the head of RE about the possibility of being involved.