What should we make of the new lesbian couple on Peppa Pig? 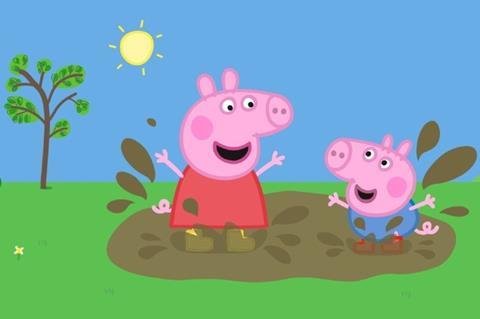 Peppa Pig has added a lesbian couple to its cast of characters, with Penny Polar Bear introducing her two Mummies to her classmates. It’s the first example of a same sex couple in this show which is watched by millions around the world. If you’ve not come across it then you probably haven’t got pre-school children because that’s who it’s aimed at!

There has been much praise of this because of the power of representation, normalising in a children’s TV show, the different ways that families look in our world today. Someone on twitter, responding to the announcement of this episode said; ‘this is how young children should be taught about inclusion. We don’t need to talk to them about sexuality. Just show all types of families.’

The episode is about families not sexuality, but it does represent a bold step by program makers to change the presentation of families on screen.

There will be a few, including within the Christian community, who may not be so happy about ‘normalising’ something which may be contrary to their personal beliefs or feel that it’s inappropriate or unnecessary to open up questions and conversations with children who are very young.

So how should we respond as Christian parents and carers?

Even typing that question I recognise that there’ll be a whole spectrum of opinion and beliefs represented by those reading this, around sexuality, children’s TV programming, the role of faith and more.

So let me start by sharing my opinion.

I have two daughters (now teenagers), who watched it around a decade ago, but I didn’t like it then and, on the occasions, when I see bits of it now (with a preschool son still at home!) I’m still not a fan.

It has nothing to do with Penny or her two Mums.

I don’t really like the way that Daddy Pig is portrayed, viewed as incompetent, and sometimes belittled by others in his family. The way that Peppa sometimes speaks to others without any apparent challenge makes me uncomfortable and isn’t something I’d like to hear replicated from my own children.

Why am I sharing this?

Because I think it’s too easy for us to get outraged quickly on certain ‘hot topics’ (fueled by twitter and other social media which feeds from it!) which can wrongly skew their importance or our opinion. In real life, at its worst, we can become people who seem to only care about the issue and not the real people at the centre. As a parent, I don’t ever want my children to lose sight of other humans, however important the ‘issue’ is that they (or I) feel strongly about.

On the flip side, I get it! Whether it’s this subject or another that we have strong beliefs about, I get that desire to ‘protect’ our children and to shield them from things. I’ve joked enough times about wanting to build a Rapunzel style tower for my daughters to keep the world (mainly prospective suitors!) away, to understand the fiercest protective instinct that kicks in as a parent. I also know that this desire to build a tower is as much about my own fears as it is about protecting them!

Back to Peppa Pig.

I didn’t like it but my children have watched it (because the girls loved it). When we did, I would sometimes talk with them about what we saw and heard with them, including the things I didn’t like. I might say something like ‘I think Peppa was a bit rude to her Daddy then’ or I might ask ‘how do you think Daddy Pig feels’?

Sometimes there was no response at all. Often there was nothing significant. Occasionally there’d be a moment of connection as a result. It was a part of the bigger picture of teaching and learning I want to cultivate in our relationship.

My professional background is in youthwork and informal education which encourages us to consider everything as a learning opportunity and as a parent I’ve found this an equally helpful principle.

Even if we could shield our children from everything bad or difficult or contrary to our beliefs (and that’s a big ‘if’ because I suspect it’s largely impossible), what happens when they grow up and must live in the world that we’ve shielded them from?

Our job as parents and carers is to raise our children to release them, however hard on our hearts that is!

Penny Panda will be in my children’s class and friendship groups, now and in the future. I want her and her Mums to be welcome in my home, whether we agree on everything or not.

Jesus tells us to love God first, and from that to love our neighbour as ourselves. I want that to be my focus, for my own life first, and for the children I have the privilege of raising.