​Tonya and the towering Year-12s

READY TO USE PARABLE 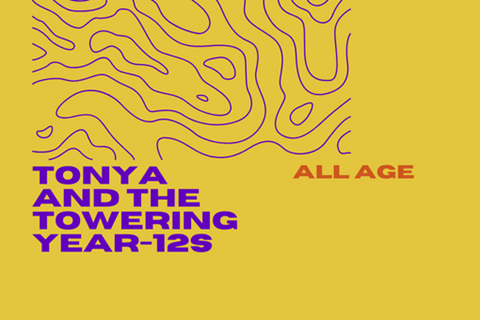 “There’s no way I’m going there. I mean, have you seen the size of them?” asked Fatima.

“Ah,” Charlie mused. “Those Year-7s are so creative in their insults.”

Fatima was momentarily put off by having her own words quoted back to her. But then she gathered steam once more.

“Well, yes, but I didn’t expect this. You saw what they were like. That Freddie Clifford is a flippin’ giant! And all his mates too.”

“Clever,” said Charlie. “She’s right, though,” he continued to Tonya. “Now we’re here, I’m not sure I want to go through with it.”

For years, the grounds of Manchesterford High School had been split into areas for Years 7 to 10 and Years 11 to 13. But the younger area had grown increasingly crowded and Tonya had been instrumental in campaigning for the Year-10s to be moved into the older section. She and her friends had had enough of spending time with kids who had barely grown out of skipping games and calling each other ‘poo bags’.

And yet, now the school had agreed to make the change, Fatima, Charlie and loads of others were starting to get cold feet. Tonya decided to play her trump card.

“But if we go there, we’ll be able to use the Latte Lounge.”

Tonya could see Fatima falter in her resolve. In the younger section, they’d been forced to make do with whatever the canteen offered. At the Latte Lounge, they could get milkshakes, Frappuccinos and kombucha. Fatima didn’t even know what kombucha was, but she wanted to try.

But then the creamy, creamy Frappuccino dreamy look disappeared from her face. “Nope,” said Fatima. “I don’t care if I have to eat a bucket of semolina while little Derek McKellen from 7G calls me an ‘ugly bog breath’. I am not trying to battle past Freddie ‘bigger than Thor’ Clifford and all of his giant mates just to get a caramel mochaccino. They’ll eat me for breakfast!”

This story is based on Numbers 13. Read this passage to the group and compare the story to this one. You may want to chat about the story using these questions: