The life of a friend of Jesus 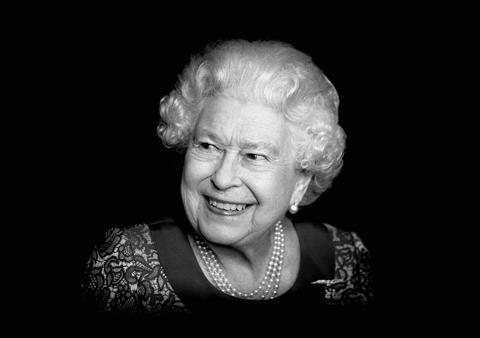 “I know just how much I rely on my faith to guide me through the good times and the bad. Each day is a new beginning. I know that the only way to live my life is to try to do what is right, to take the long view, to give of my best in all that the day brings, and to put my trust in God…I draw strength from the message of hope in the Christian gospel.”

This extract from Queen Elizabeth’s Christmas message from 2002 would seem to sum up Her Majesty’s approach to life and faith. Throughout her life, she remained committed to serving her country and serving her Saviour.

As we try to process her death and the impact that this has on our own lives, the life of the nation and internationally, we can be certain of the same hope that she held – that God loved the world so much that he sent his only Son, that anyone who has faith in him will never really die, but have eternal life (John 3:16).

The death of Queen Elizabeth II is a momentous shift for the United Kingdom and the other countries where she is queen, as well as the rest of the world.

Ever since 1952, she has been a constant in the lives of citizens across the globe – indeed only those over the age of 70 have ever experienced life under a different monarch, and many of those memories will have faded through time. She is the world’s second-longest reigning monarch.

And while articles, obituaries and opinion pieces are filling our TV screens, social-media feeds and newspapers, there isn’t much need to go through the events of her life here. She was famously silent on may subjects, preferring not to give opinions about political events from the Suez crisis to Brexit, nor about the 15 prime ministers who have been in power during her reign.

Nearly all the speeches she made were written for her, but there is one time where we heard exactly what she thought and felt – her message broadcast each year on Christmas Day. It is here that she opened up to the nation about her faith and how it sustained her.

And while she didn’t always get things right – the 90s was a particularly tough decade for her and the Royal Family – every year she returned to the same theme, the good news of Jesus. She frequently asked people to pray for her and looked to Jesus to sustain her and give her the wisdom to reign.

Talking about the death of the Queen

How then do we talk about the death of the Queen with the children and young people in our families and in our groups? Well, the subject of death is all around us at the moment; the death of someone known and cherished by many, but not someone who is not a close family member, provides us with an opportunity to talk about death and what we believe about what happens when a friend of Jesus dies.

It’s important to be open and honest about what has happened. Children, in particular younger children, think in more concrete terms and struggle with abstract concepts. Using euphemisms for death is not terribly helpful – while these phrases might make us feel better, they will only be confusing to children.

What might ‘passed away’, ‘gone to sleep’ or ‘laid to rest’ mean to a four-year-old or an eleven-year-old? Even euphemisms that are more Christian, such as ‘called home’, can be difficult for children and young people to understand.

Even though young children don’t really have a grasp on the finality of death, we should talk about the Queen having died and that we won’t see her or hear from her any longer. Reiterate that it’s OK to be sad, even if we didn’t know her personally, and that it helps to talk about her.

Doing this with the Queen will help children and young people develop tools that they can use when one of their family or friends dies.

They can take the same approach: it’s OK to be sad, and it’s good to talk about the person who has died, to remember what they meant to us and what their memory will continue to mean to us.

The difference of grief

We have to remember that everyone grieves in their own way. It’s true that some people’s behaviour in grief might surprise or worry us, but we all process death in different ways. Now or in the coming weeks, children and young people might get upset by the death of the Queen; we should validate these feelings and not dismiss them or try to minimise them.

Sometimes we might think we have to shield children and young people from feelings of grief, keeping them away from the process of dying, death, funerals and expressions of sadness.

However, we need to make sure that we provide space for children to engage with and process feelings of grief and sadness. It is much healthier in the long term to be there for children and young people and help them with their feelings.

When I was a teenager, my cousin died by suicide. At the time, I didn’t deal with it properly at all. I can’t quite remember why. Perhaps I didn’t want to appear weak or perhaps I didn’t feel like it was my grief to process – surely that grief belonged to auntie, uncle and other cousin? It was more than 20 years later, when I was discussing suicide with a group of young people, that it hit me like a sledgehammer.

I had all these feelings that I hadn’t dealt with at the time of my cousin’s death, which were still there under the surface. And now they had come out in a blubbery mess.

The hope of eternal life

“In his early 30s, he [Jesus] was arrested, tortured and crucified with two criminals. His death might have been the end of the story, but then came the resurrection and with it the foundation of the Christian faith.”

These are the words of Queen Elizabeth II in her Christmas message in 2000. She recognised the fact that Jesus’ triumph over death changed the whole course of history. Paul said in 1 Corinthians 15:17: “…if Christ has not been raised, your faith is futile; you are still in your sins.”

He knew that without the resurrection of Jesus our faith is pointless. But because Jesus came alive again, he defeated death so that we can all spend eternity with God.

Death is a sad event, but it is not the end. The Queen knew this and while we mourn her, we can be confident that she has not really died, but now has eternal life in the presence of her Saviour, the Lord that she served all her life.

Here are some organisations working to help children going through bereavement:

The Church of England’s Faith at Home website has some help for parents and carers on helping children who are grieving.

Childhood Bereavement Network is a hub for those supporting bereaved children and young people.

Child Bereavement UK helps children, young people, parents and families to rebuild their lives when a child grieves or when a child dies.

Hope Again is the youth website of Cruse Bereavement Support, where young people can learn from others their age, find help to cope with grief and feel less alone.

The NHS website has some good basic starting points for helping children and young people through bereavement.