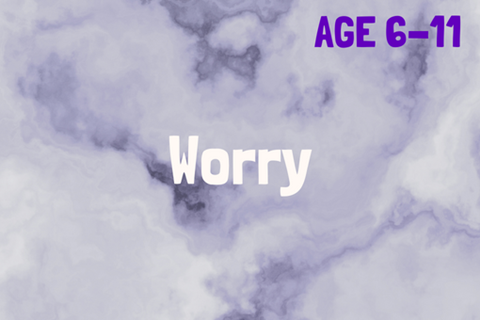 BACKGROUND: It’s important to remember that those Jesus spent most time teaching were incredibly poor. They were very much at the bottom of the pile in an occupied nation in which people were taxed by the Romans and by their own religious system. When Jesus talks to the people about money it’s not just a high- concept idea. These people were desperately short of it. Perhaps the people were looking for a Messiah who would overthrow the Romans and make them rich. What they got was a Messiah who said that there was more to life than money and that the people shouldn’t worry about any of that stuff because they had a God who was watching over them. That is either incredibly unsettling or incredibly comforting!

As you begin the session, invite the children to sit together in a circle and pass around a simple object. When a child has the object they can share their response to the question. Sometimes it’s helpful to have a sand timer so you have time for each person to share if they want to. If anyone doesn’t want to say anything they can just pass the object on. Ask the children to share what they worry about.

You will need: paper; pencils; felt-tip pens Give out paper, pencils and felt-tip pens, then ask the children to draw a picture of one thing that is necessary for life.

Once everyone has finished, encourage the group to present the pictures they have drawn. Chat together about the ideas that are similar and anything the children have drawn that is different from the others.

How ‘necessary’ are the ideas the children have come up with?

You will need: pictures from ‘Intro activity’

everyone. Ask the group how worried they would be if they didn’t have these things. Remind the children of the topics you have been looking at the for the last few weeks. Talk about the topsy-turvy nature of Jesus’ teaching, who often says the opposite of what the world does. With that in mind, what do they think Jesus will say about worry?

Read the passage, and whenever you come across something we might worry about not having (food, drink, clothes and  so on), ask the group to point out which of the pictures they drew would match up with that idea.

Reread the passage and ask the children to stop you whenever they hear you read a promise that Jesus makes about what the Father will do.

Ask the children these questions, encourag- ing everyone to take turns to contribute:

Jesus talks about food, drink  and  clothes in the passage. Ask the children to choose three pieces of card in different colours. On one they should write the word ‘Do’, on the second ‘not’ and on the third ‘worry’.

Chat about the things the children might be worrying about in their lives. For some there will be real anxiety, depending on what is happening in their lives at this particular moment. Year 6 children might be worried about moving schools and some might have difficult home lives (separated parents or being a ‘looked-after’ child). Others might have had their lives disrupted by a change (such as a newborn sibling, moving to a new house or a best friend moving away), and still others might be affected by an illness or death in their family.

Encourage the children to write about or draw their worries on the back of the three cards. They don’t have to be literal depictions. They could just write or draw something that represents their worry.

Give each child a piece of string and three mini craft pegs. Show them how to hang the string up at home and peg their three cards onto it. Explore how they can pray about the things they have depicted on their cards when they see them hanging up.

You will need: cards from ‘Creative response’

Ask the children to hold their three cards from ‘Creative response’. Encourage them to talk to God internally about what they  are worried about and how they feel. After  a few minutes, ask them to imagine that Jesus is sitting beside them. What does he want to say or do about their worries?

JENNY CHEUNG is a mum, church planter and choir nut! She pioneers The Voice Project Scotland: a missional expression inviting children and their families to find their voices