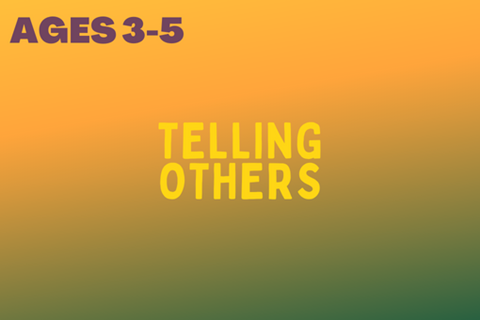 BACKGROUND: This is an important story in the spreading of the gospel as the early Christians realised Jesus had not come just for the Jews but for the Gentiles, too. It is also a story about the importance of recognising and respecting our differences.

Welcome the children and share out any refreshments you have. In welcoming them, talk about how they have been able to show their love for others, and especially for any other child in the group.

Play a sorting game by creating different groups of children to demonstrate the many differences there are between us. For example, separate the girls from boys; different ages from each other; those who walked, drove, cycled or came by bus to church; those who wear glasses and don’t;

those wearing shoes and trainers; those who live in A or B or C or go to school X, Y or Z; those with a brother, sister or neither. The children may suggest other differences.

You will need: two large seaside buckets and spades, one with the letter C stuck on and the other with a letter P, with a long piece of string attached to the handle of bucket P; a photo or picture of a pig, a crab and a rabbit; a chair Gather the children together and tell this story:

This story takes place in two seaside towns, which is why we’ve got buckets and spades. Place them either side of you.

Captain Cornelius was an officer in the Roman army. He lived in Caesarea, a

beautiful new city by the sea. He loved God and prayed to him, as everyone in his family did, but he didn’t know much about Jesus. He was a good and generous man, and he gave money to the poor. He was not a Jew.

Some of the food he ate was food that Jewish people did not eat. He especially liked pork from the pig farm, crab from the sea and rabbit from the countryside. This is a rhyme the children repeat at appropriate points. Ask three children to place the three photos in the C bucket.

One afternoon at three o’clock an angel came to him and said: “Cornelius, God has heard your prayers. Send for a man called Simon Peter to come to you. He lives in  the seaside town of Joppa.” Cornelius was very surprised, but he did what the angel had told him. Joppa was 48km away from Caesarea: a day’s journey.

The next day, while waiting for his lunch, Jesus’ disciple Peter went up onto the roof of the house. He was living in Joppa, a seaside town with a high cliff and a large harbour. It was hot and he fell asleep. In

his sleep he had a dream. In this dream he saw a bucket coming out of the sky. Inside the bucket was pork from the pig farm, crab from the sea and rabbit from the country- side. Transfer the three photos from bucket C to bucket P. Ask a child to stand on a chair and lower the bucket to the floor. Different children could do this two more times.

A voice said to Peter: “Eat this food!”

But Peter said: “I can’t. Jews think this food is dirty.”

The voice replied: “God says it is OK to eat this food.”

The bucket came down a second time. Inside was pork from the pig farm, crab from the sea and rabbit from the country- side. For the second time, a voice said: “Eat this food!” Repeat as before.

The bucket came down a third time.

Peter woke up. He was very puzzled. Then the Holy Spirit told him that some of Captain Cornelius’s men had just arrived and were looking for him. Because of his dream, Peter knew that he had to go with them to the seaside town of Caesarea. The next day they left.

Before having this dream, Peter would never had gone into the home of anyone who ate pork from the pig farm, crab from the sea and rabbit from the countryside. Transfer the photos to the C bucket. The  first followers of Jesus were Jews, and Jesus himself was a Jew. But Peter knew that God was saying it wasn’t only Jewish people who could become followers of Jesus. Rules about what people could eat didn’t matter any more. He realised God loved everyone and wanted everyone to hear about and love Jesus. So, Peter went to the house of Captain Cornelius, who was really, really pleased to meet  him.  Peter told everyone in the house about  Jesus, and everyone who was listening began to worship Jesus and follow him.

You will need: A4 paper; sticky tape; scissors; pencils

Stick two pieces of paper together with tape at the short ends. Fold the long sheets into a concertina. Draw the outline of a figure and cut it out to create a line of joined-up people. Give each child a chain of people and encourage them to draw on distinctive features of the people they would like to tell about Jesus. As you work, chat about what they might say to these people.

Line the children up with the tallest and shortest at either end. Then take the shortest and put them next to  the  tallest, the second tallest next to the second shortest and so on. Comment that you have mixed everyone up as an example of how our differences don’t matter. In these new pairs, give the children 60 seconds to talk about who they want to tell about Jesus,  just as Peter told Captain  Cornelius.  Pray for the children. You could sing the song  ‘Big family of God’ by Nick and Becky Drake to conclude.