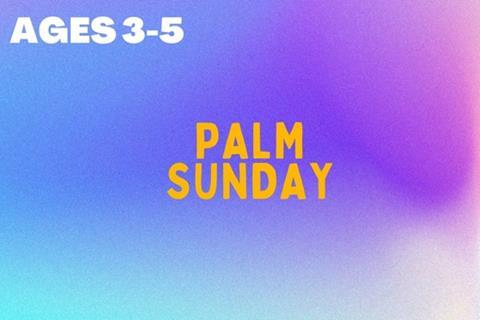 MEETING AIM: To explore the story of Jesus riding into Jerusalem, including the value he places upon the young donkey.

BACKGROUND: When told to children, the donkey often takes centre stage in this well-known story. This session reflects on Jesus choosing to use a donkey. But we tell this story in the wider context of what  it meant for Jesus preparing to die. The theme running throughout this series is that of giving and acting on instructions. Children will relate to this. It is part of their lives!

You will need: a picture of a donkey (hard copy, online or video)

Ask the children: who has ever ridden a donkey? What does anyone know about donkeys? Share these ten donkey facts:

Which is the children’s favourite donkey fact?

You will need: copies of a small picture of a donkey (five times as many as children in your group)

Before the session, hide the pictures around your room or outside. Send the children off to find the pictures. Introduce today’s story by saying that Jesus also sent people to go in search of a donkey.

Ask a few confident children to do three things, one after another; for example, hop to the door, take off one shoe, walk to a specific point in the room. Ask if it was hard to remember all three in the right order.

Tell the group that, after walking a long way, Jesus and his disciples arrived in a village close to the city of Jerusalem. Jesus gave two disciples a long list of instructions he wanted them to do. Challenge the children to remember the instructions below in the right order. Devise some actions to help with this.

Check whether the children can remember the instructions in the right order. Explain that the two disciples did exactly what Jesus had told them.

Ask the children what the disciples said when someone asked what they were doing. Then tell the rest of the story:

The disciples put coats on the donkey’s back. Jesus got onto the donkey even though no one had ever ridden it before. He rode towards the city of Jerusalem. When people saw him, they threw their coats on the road. He rode over them. Some people went into the fields to get branches of trees which they laid in front of the donkey. This was a way of welcoming someone important.

The crowd shouted: “Hooray! God bless Jesus as he comes in the name  of God! Hooray!” They were very excited. Everyone was talking about Jesus. They thought he was a king who had come to change their world for good. As it was getting late, Jesus got off the donkey and returned with his friends to the village they’d come from.

Continue chatting about the story, using these questions to help:

You will need: a selection of pieces of grey, brown or black wool (7cm, 10cm and 13cm long); sticky tape

A donkey’s tail, unlike a horse’s  tail, has shorter hairs at the top. Show the children how to make a donkey’s tail with nine pieces of wool (three of each length) joined together with tape or tied with wool. Use this opportunity to carry on chatting about the story and what it makes the children think of Jesus.

You will need: donkey tails from ‘Creative response’

Each child should hold their donkey tail. Remind them Jesus is with us now.

Hold the long lengths and say: “It was a long time ago that Jesus rode into the city, but the Easter story is still true for us. Thank you, Jesus, that you came to this earth to show us how to live.”

Hold the middle lengths, saying: “Jesus was in the middle of the crowd, all praising God. Some people were very close to him. Thank you, Jesus, that you love us and invite us to come close.”

Hold the short lengths and say: “Small children can often feel they don’t matter. Just as Jesus cared for ordinary people, he cares for everyone here.

Thank you, Jesus, for the people who love us. Thank you that you know us all by name. Amen.”