By Jenny Cheung is a schools’ worker with Scripture Union Scotland, leads the children’s team at CLAN Gathering (New Wine Scotland) and is a volunteer on a youth residential for Scripture Union England and Wales. 2018-06-21T00:00:00+01:00 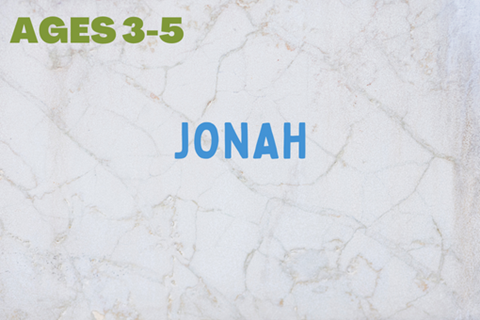 Background: Assyria posed a considerable threat to Israel. The book of Jonah tells the story of Jonah. He was sent to Nineveh, an important part of the Assyrian Empire, to warn the people there of God’s judgement and their impending doom if they didn’t change their ways.

As you begin the session, invite the children to sit together in a circle and pass round a simple object. Ask the child who has the object to talk about a time when they got in trouble. Pray and thank God that he loves us even when we get it wrong.

You will need: pictures of people about to do something (eg kick a ball, dive into a pool).

Show the group each picture and ask them to suggest all the things that might happen next. For example, the person kicking the ball might score a goal, or they might miss the net.

You will need: a sailor’s hat; a boat (toy or inflatable dinghy); a big fish toy; some big paper leaves

As you tell the story, invite children to act out a part or hold a prop.

Today’s story is about a man named Jonah. He was a prophet. That’s someone who gives God’s messages to the people. God gave Jonah a message to tell the people in Nineveh. Nineveh was a bad place. God wanted the people of Nineveh to change their bad ways, otherwise he would punish them.

Jonah didn’t want to go to Nineveh. The people were scary and he felt they deserved everything that was coming to them. Jonah decided to run away. He got on a boat headed for Tarshish, a city that was a long way away from Nineveh. But you can’t run away from God…

God sent a big storm and the boat started to sink. All the sailors were really frightened, but not Jonah, who had fallen fast asleep. The sailors woke him up! “Pray to your God to save us!” they said.

Jonah knew the storm was his fault. God wanted to stop him going in the wrong direction. “The only way you can stop the storm is to throw me into the water,” he told them. The sailors didn’t want to, but they felt like they didn’t have a choice. Into the water went Jonah, and suddenly everything was calm.

Then a big fish came along and swallowed Jonah! Jonah was sorry that he hadn’t done what God had asked him to do. He had a big chat with God while he was inside the fish. He was in there for three days, so he had plenty of time! Then the fish felt very, very sick. It swam towards a beach and vomited Jonah up, just like that! Then God said to Jonah: “Go and give my message in Nineveh!”

Jonah went and gave the people God’s message. Do you think they listened? They did! They all promised to mend their ways and follow God from then on. Do you think Jonah was pleased? No, he was mad! The Ninevites were bad! He felt they should get what they deserved. But that’s not how God works…

Jonah was angry. He sat on a hill outside the city and hoped God would destroy it. But God didn’t. Instead, God made a plant grow to shelter Jonah from the hot sun. But the next day God sent a worm and the worm ate the plant so that Jonah was in the hot sun again. This made Jonah even crosser.

God said to Jonah: “You didn’t want the plant to be destroyed, even though you didn’t make it or look after it. I made the people of Nineveh, and I don’t want to destroy them. You have no right to be mad about my decision.”

And that’s the end of the story! We don’t know if Jonah stopped being angry, and we don’t know what he did next. But we do know that God was with the people of Nineveh, and that they followed him.

Do as much of this beforehand as you think necessary to help the children. Poke a hole in the bottom of a cup and thread about 50cm of string through. Tie a knot on the outside of the cup so it doesn’t pull back through. Use two 10cm pieces of pipe cleaner to make a stick person. Tie the other end of the string to the head loop of the person.

Cut a fish tail shape from craft foam or card and stick it to the bottom of the cup. Stick a googly eye on either side of the cup’s rim. You now have a cup fish and pipe cleaner Jonah. Try to toss Jonah into the fish like a cup and ball game. Continue to chat about the story as you work.

Explain that we sometimes find it hard to love people who annoy us or do things that aren’t right. That was how Jonah felt in the story, but God loves those people as much as he loves us.

Ask the children to write a name or draw a person they want God to help them love. Pin a green ribbon up on the wall and stick the leaves either side like a climbing plant to remind everyone of the plant in the story