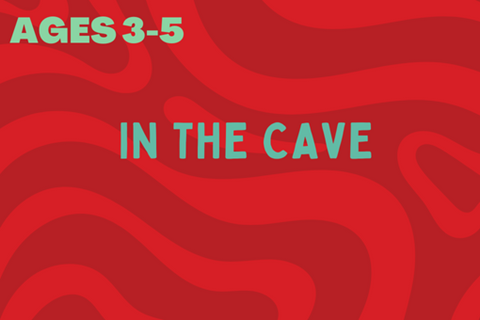 Background: David’s popularity was increasing (21:11) but King Saul continued to attempt to track him down in an attempt to kill him. David recognised that Saul was still God’s anointed king. He was unwilling to do anything to speed up his own accession to the throne.

Welcome each child by name and share out your refreshments. Talk about who has said hello to them this week. How do we greet one another?

You will need: music and the means to play it

Play the music. When the music stops, each child high-fives another child. By doing this, they are welcoming someone in the group. Continue until each child has greeted everyone else. Explain that one way to please God is to welcome others, especially anyone new to the group.

You will need: a parachute; two crowns; a scarf

If possible, go outside for the storytelling. If you don’t have a parachute, stand the children in a circle. Mark out the circumfer­ence with chalk or masking tape.

Choose two children to be Saul and David, standing either side of the para­chute. Stand four children next to Saul to represent his soldiers. Everyone else is one of David’s soldiers, standing around David. Put a scarf round Saul’s neck and tell the following story.

King Saul was king of God’s people, the Israelites. Put a crown on Saul.

But Saul was not a good king. He was proud and jealous of others. He wasn’t kind to his people. He thought he knew better than God. King Saul chose to do things that did not please God. Everyone does a ‘thumbs down’ action.

So God chose David to be king. Put a crown on David’s head. Everyone does a ‘thumbs up’.

When Saul heard about this he was not happy. Saul looks angry.

Saul gathered all his soldiers together. They get closer to Saul.

When David heard about this, he ran away. His soldiers gathered around him. (David’s soldiers get closer to him.)

David’s men hid very quietly in a cave, right at the back. David’s soldiers hide under the parachute. They didn’t want Saul to know where they were.

But Saul had two problems. He didn’t know where David was hiding, and he needed the toilet!

Saul saw a cave close by; the cave where David was hiding. He slipped into the cave to do a wee. Saul slips under the other side of the parachute to David. He does not do a wee!

But David knew that to kill the king was not the right thing to do. It was not what God wanted him to do. So all he did was slip up behind Saul and rip a piece off his scarf. Then he ran back to his soldiers. David acts this out but takes the whole scarf.

King Saul turned to see who was calling him.

Then David said: “King Saul, I don’t want to fight you. I’m not going to kill you. But I could have done. Look what I’ve got in my hand. David waves the scarf. God told me I would only become king at the right time. I want to do the right thing. I want to please God, so I didn’t kill you.”

Saul realised David was a better man than he was. He could see that David wanted to please God and do the right thing. So Saul went away. Saul and his soldiers walk away looking sad.

Use these questions to chat about the story:

David had a choice and he chose to do the right thing; the choice which pleased God; to walk in the right way. Ask the children to draw around one of their shoes. Help them cut it out. Then they can draw themselves on their foot shape and decorate it. As you work, continue to chat about the right choices we could make this week.

Form a long line of ‘soldiers’ and sing ‘Be bold, be strong’ or ‘We are marching in the light of God’. March as you sing.