By Jenny Cheung is a schools’ worker with Scripture Union Scotland, leads the children’s team at CLAN Gathering (New Wine Scotland) and is a volunteer on a youth residential for Scripture Union England and Wales. 2019-03-19T00:00:00+00:00 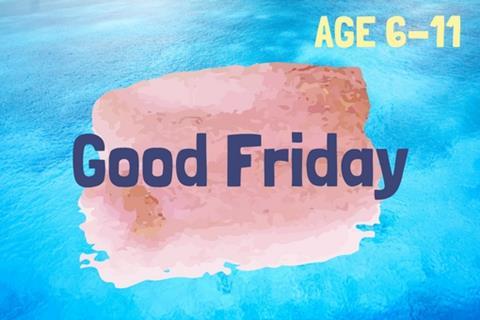 Background: Tensions have continued to rise since Jesus’ controversial ride into Jerusalem. It is the week of Passover and Jesus has celebrated this with his friends, although not in the usually scripted fashion. He is pointing forward to what is going to happen next, and that is alarming for the disciples. Judas makes the decision to betray Jesus and hands him over to the chief priests. Peter swears he is with Jesus for the long haul but Jesus calls him out on it, stating that before the night is through Peter will deny him three times.

As you begin the session, invite the children to sit together in a circle and pass around a simple object. When a child has the object they can share their response to the question. Sometimes it’s helpful to have a sand timer so you have time for each person to share if they want to. If a child doesn’t want to say anything they can just pass on the object. Ask the children what the most confusing situation they have ever been in is – a time when they didn’t expect or understand what had happened.

Ask the group if they can name any key characters in the Good Friday story. As they do so, write each correct name on the back of a person shape and give it to a child (or pair of children depending on the size of your group) to colour in as that person. The characters you will need are Jesus, Judas, Peter, the high priest, Pilate, Herod, Barabbas, Simon of Cyrene and Joseph of Arimathea. If they don’t get all of them, add in the missing ones and give them out.

You will need: cardboard people from ‘Intro activity’

Today’s passage is long, so you will need to paraphrase rather than reading out every word of it. Make sure you have read the passage yourself a couple of times before the session, and planned how you are going to retell it using the key points below. After each point, ask the children to hold up the correct character as you tell their bit of the story.

You will need: visual aids from ‘Bible story’

Give everyone a blank person and ask them to choose a character from the story. Ask them to fill the shape with words that might describe the person and how they felt about these events. Once everyone has finished, invite any children to share what they have written or drawn if they would like to

Ask the children to turn their response characters over and write on the back the things they feel about today’s story. Encourage them to think about all aspects of their feelings, as they might have responded differently at different points in the story. Remind them that none of their feelings are wrong. They may feel thankful, confused, sad or even happy. As they hold the figure, they can imagine giving all these feelings to God.