By Claire Benton-Evans is the author of the All-sorts Worship series, All-sorts Prayer and the new Beastly Bible Stories series. She is the youth and children’s officer for the Diocese of Edinburgh. 2017-06-26T00:00:00+01:00 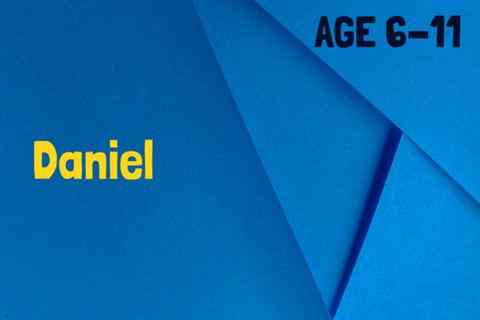 As the children arrive, sit everyone down in a circle. Ask the children if any of them have ever been to another country and invite them to tell the group about it. How was it different from home? (The weather? The food? People’s clothes and habits?) Share something you have experienced in a different place or country.

Ask the children to imagine that we have been kidnapped by aliens! The aliens treat us well and admire how clever we are (for mere humans), so they give us important jobs working for the king of the aliens. They give us new alien names: ask everyone to give each other an alien name and write it (or draw it in strange symbols) on a paper plate. Try to pronounce it! Now we are living with aliens, we have to eat alien food, and it’s disgusting; give examples from the ‘Tummy ache’ game such as tadpole jelly, slug salad and worm pizza. Invite children to fill their paper plate with an alien dinner they wouldn’t want to eat, either by drawing the food, selecting the Tummy ache cards or modelling disgusting food out of play dough or plasticine.

You will need: four paper plates, each with the Jewish name on the front and Babylonian on the back: Daniel / Belteshazzar, Hananiah / Shadrach, Mishael / Meshach, Azariah / Abednego; a long piece of thin rope; a large plate of colourful salad vegetables, chopped into sticks (check for food allergies in your group); a jug of water and cups; four plastic gold medals; four ‘top of the class’ certificates; four gold star stickers

This story is about a lad who lived in Israel over 2,500 years ago. In some ways, he was just like you. He had a family who loved him, he had friends and he loved God. Because he, his family and his friends were Jewish, one of the ways they showed how much they loved God was in the food they ate. God had given the Jews a law about some foods being unclean, and others being good to eat. This lad and his friends had never ever eaten unclean food; they would have felt as bad as we felt, thinking about eating tadpole jelly and worm pizza.

This lad and his friends grew up happy, healthy and faithful to God. They were clever, sensible, strong, good-looking young men and they read loads of books. Their names were Daniel, Hananiah, Mishael and Azariah. (Give the name plates to four children to hold.)

But then something terrible happened, an enemy army from Babylonia conquered Jerusalem and took all of the Jews as prisoners! (Gather the whole group together and loosely tie a rope around them.)

The Jews thought the Babylonian soldiers were fierce and strange; they wore weird clothes, spoke a peculiar language, ate unclean food and worshipped foreign gods. The soldiers took the brightest and best Jews back to Babylon to work for the king, and among these were Daniel, Hananiah, Mishael and Azariah. “You are Babylonians now!” the king’s guard told them. He gave them strange Babylonian names: Belteshazzar, Shadrach, Meshach and Abednego. (Untie the rope and ask the children holding the name plates to turn them round and show the new names.)

Daniel (Belteshazzar) and his friends had strange new names in a strange new city – Babylon. Only one thing was the same as ever: Daniel and his friends still loved God. The king gave his new servants fine Babylonian food, but to Daniel and his friends it was all unclean: it was against God’s rules to eat it. Daniel stood up to the king’s guard and said: “We won’t eat this food! Please don’t give us anything except vegetables to eat and water to drink!” (Produce the plate of vegetables and the jug of water.)

“What, just this?” asked the king’s guard. “You’ll all get weak and feeble, and then the king will chop my head off!”

Daniel said: “Test us for ten days. Give us this to eat, and feed the other servants with the king’s food, and see what happens!” The guard agreed, so Daniel and his friends ate this every day. They thanked God for looking after them. (Say grace and eat the food together.)

At the end of ten days, guess what? The guard checked everyone’s fitness! (Invite children to run on the spot for 30 seconds, as fast as they can.) Daniel and his friends were stronger and fitter than any of the other servants! The king’s guard was impressed. (Give the four a medal each.) He promised to let them eat their own food for good. God rewarded them with all kinds of cleverness: he even gave Daniel the power to interpret dreams.

The king declared: “You’re ten times cleverer than all the magicians and enchanters in my kingdom!” (Give out gold stars and ‘top of the class’ certificates.)

Daniel and his friends stayed on in Babylon, working for the king but loving God just as they had back home.

In pairs or as a group, invite the children to use their bodies to make a freeze frame of a scene of someone being faithful to God today. This is an opportunity for children to explore what faith might look like in practice. Ask the children to show their freeze frames to the group and encourage the rest of the group to guess what the people in the scenes are doing.

You will need: sheets, blankets or rugs

Drape the sheets etc over tables and chairs to create an improvised tent or den. Invite everyone to come and sit inside your tent. Think about what your home is like. Now think about living in this tent. What would you miss? Think about how you would have to do things differently (eg eating, washing, sleeping).

Explain that many people in the world today are like Daniel and his friends; often because of fighting, they have had to leave their homes and live somewhere very different. Many don’t even have a new home to go to, they stay in tents or on the streets, even in winter. Invite children to pray for anyone who doesn’t have a home, or who is a long way from a home they loved. You could go around the circle and pray in turn, beginning with: “Please God, help…” Then all say: “Amen.”