Maybe you are a coach without knowing it? This was Andy Campbell’s experience as a youth worker in London. He went on to receive training alongside his youth work and recently completed a Grove Book on the topic. Premier Youth and Children’s Work caught up with him to find out why coaching could have value for youth and children’s work 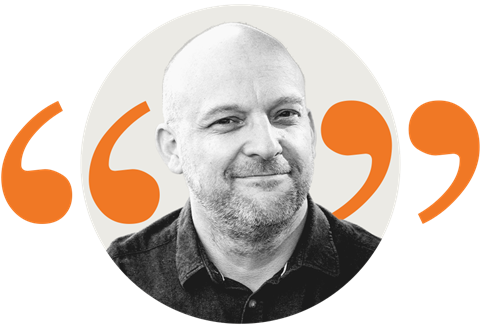 Premier Youth and Children’s Work: What is your experience of coaching?

Andy Campbell: I started as a volunteer youth worker, when I was maybe 15 or 16, and kind of grew up through the ranks and stayed in the voluntary field, but also did some employed youth work for different groups. I met a couple of coaches and we were talking about our shared experience and natural approach with people. One of them suggested that my work with young people was much the same as his coaching work.

My instinctive methodology with youth work was always to try and work with young people to help them understand what questions they were asking, as well as where the answers to those questions might come from. In my coaching style I help people come to come to conclusions themselves (distinct from mentoring, though there is some overlap).

There’s an unwritten understanding that we don’t necessarily want our young people to have a completely free opinion on things and that we need to train them a little bit. But a lot of youth workers want to journey alongside young people. It may that a youth worker is like a tour guide: “Oh look over there. Have you thought about the implications of that?” Adolescents are really good at self-limiting behaviour and so it is useful to challenge them as well, which is a classic coach’s bread and butter.

YCW: Do you coach groups, individuals or both?

AC: I coach both groups and individuals. There’s a lot of overlap in technique and style and approach.

It’s relatively easy to get some peer coaching going. Often the youth worker is facilitating a discussion. Young people are really good at spotting where their peers are self-limiting or where they are not fully thinking through the implications. But I also enjoy one-to-one coaching where I work with someone to help them make progress.

“A lot of youth workers want to journey alongside young people”

YCW: Is there an example of where you felt this worked especially well, either with an individual or a group?

AC: A few years ago, I was working with a young person in one of the groups that I was running, whose parents were quite heavily involved in church leadership. The young person felt a call to ordination within the Church of England, but they also felt an understandable natural resistance having seen some of the disadvantages of that life, as well as some of the advantages of it.

They were in some significant distress and were a place where they felt there was a right or a wrong decision to make. My approach was take a step backwards and help them think about whether they felt a calling into some kind of leadership role or some kind of service, away from the more specific ordination within the Church of England.

And in conversation, I gave them permission to inject their interests, hobbies, skills, strengths and weaknesses into that as well. After considering this I invited them to revisit whether ordination was a route to pursue.

In the end, they did get ordained and I don’t think I was by any means the only person responsible for that process, but I know that that was quite a helpful, significant moment for them to be able to sort the big stuff from the little stuff and remember that they were allowed to be an individual within this wider push that they felt.

YCW: Learning about coaching sounds challenging. What if we don’t have the time for this?

AC: There is training at all levels including masters. But that said, there is no standard training and in fact anyone can call themselves a coach. When I received training, it was fascinating to see the overlap with what I had already been doing.

A qualification doesn’t necessarily mean that that person is brilliant at it, and certainly doesn’t mean that they’re the right coach for you.

If a youth worker wants to do some coaching, then they don’t have to become a qualified coach to learn some basic techniques of coaching and, in my booklet, I give some examples of pretty standard one on one stuff.

YCW: Do you have space if someone reading this wants to be coached?

AC: Yes definitely and I have a range of packages. I always have a free conversation with people at the start anyway, because the kind of the connection that you need to feel with your client and the client with a coach is really important. I’ve had plenty of discussions which haven’t turned into a coaching conversation, or I have signposted someone to another coach who maybe feels like a better match.

Find out more about Andy’s coaching at Qawah Life Coaching. His Grove booklet is called Using Coaching in Youth Work: A practical guide to being coached and coaching others (Grove, 2021) and is available from the Grove website.