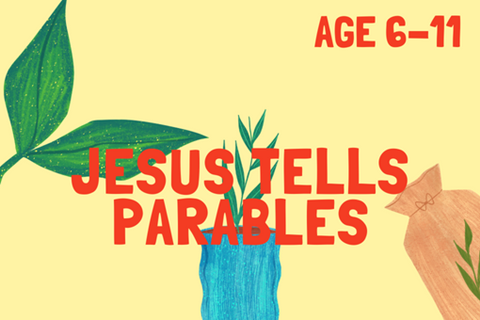 To allow the children to explore the depths of Father God’s forgiveness.

Father God’s forgiveness, grace and favour often feels unfair, especially when it’s directed at someone we know isn’t worthy of receiving it! This session aims to give the children the chance to explore their responses towards God and, in the light of his mercy, towards others too.

You will need: at least one balloon per child; a banner with ‘Welcome Home’ across the room; party music; small prizes

Throw a party with dancing (have prizes for the best moves) and a party game. Explain that today we are going to be looking at a welcome home party in a story told by Jesus. What’s it like to have a party? What do the children enjoy about them?

Before the session, write out the scenes below onto pieces of paper and put each scene into the correct number envelope. Hide these envelopes around your space. If you can, use the whole building or an outside space. If space is limited, hide the envelopes around the room.

Divide the children into small teams and give them paper and pens. They must find the envelopes and draw a picture for each scene, leaving the envelopes in place for the next team. It doesn’t matter which order they find them in. When they have finished, they can put it all together and retell the story. Each team that puts it all in the correct order and re-tells the story wins a prize.

Scene 1: Jesus told this story to his followers.

Scene 2: There was a father with two sons. The younger son wanted his share of the wealth before it was the right time and his father gave it to him. The younger son collected all his belongings and went on a journey. He was so chuffed! He had a whole life to live!

Scene 3: The younger son travelled far away to another country and made some bad choices – partying, drinking and getting into all sorts of trouble. He wasted all the money his father had given him.

Scene 4: It wasn’t long before there was a drought and people didn’t have enough food to eat. The younger son had no money left and was very hungry. He found a job on a pig farm. He was so hungry that he ate the pigs’ food!

Scene 5: The younger son realised he’d been very stupid. He thought about home and all his father’s servants. Even the servants were living a better life than him; they didn’t have to eat pig food! He decided to return home and he would ask if he could be a servant. He knew he didn’t deserve to be a son any more. He packed up his belongings and made the journey home.

Scene 6: Father had never stopped looking out for his son. He missed him so much. He saw him coming from a mile away and began to run. His son was home! Joy filled his heart. He reached him, hugging and kissing him. The son tried to explain that he couldn’t be his son any more. He knew he’d made some bad choices.

Scene 7: Father wouldn’t hear a word of it! He called his servants to bring out the best clothes and make the best food for a feast. His much-loved son had returned and it was time to celebrate! He thought he was dead, but he was alive!

Scene 8: The older son heard all this commotion from his work in the field. He wondered what was going on. When he heard that his brother had returned and his father had thrown a welcome home party, he was outraged! He refused to join in. It wasn’t fair! He’d been working hard all this time and his father had never thrown a party for him!

Scene 9: Father was so happy his son had come home. His older son was always working with him, but the younger one had been lost and now he was found. He was back in the family again and they couldn’t help but celebrate.

• Why do you think Jesus told this story?

• Do you think any of these characters are like you?

• Why do you think the older brother was so upset?

You will need: balloons from ‘Intro activity’; marker pens

Bat the balloons around the room for one minute and then ask everyone to hold onto one. Draw a face (emoji) on the balloon which best describes their own response to this story. Invite the children to share with their team why they have drawn this.

You will need: sticking plaster (be aware of allergies); felt-tip pens

Give each child a plaster big enough to put around one finger. Ask them to draw or write on the plaster some of the bad choices they might have made. When they have done this, stick it on their thumbs. Ask them all to hold out their thumbs as you pray and ask Father God to forgive us. When you have prayed, peel off the plasters and thank God for his love and his grace even when we don’t deserve it. Enjoy a celebration song and dance together, celebrating Father God’s love for us.

is co-founder of Hope at Home, has 30 years’ experience of leading and developing youth and children’s work and is a freelance writer.