A TikTok star has been forced to remove a post after being accused of ‘blasphemy’. 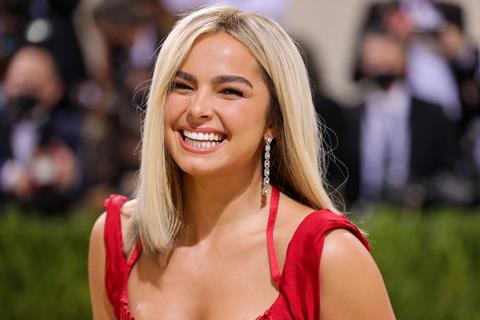 Addison Rae, who is a Christian herself. posed in the ‘Holy Trinity’ bikini – a garment made in a collaboration between Adidas and Praying.

The bikini has been labelled as offensive to Christians because of its reference to God. It says ‘Father’ on one bikini cup, ‘Son’ on the other, and ‘Holy Spirit’ across the front of the bottoms.

The post, which was made as an advertisement for Adidas, has now been removed.

Christians in the comments and across social media were outraged.

One critic wrote: “Is nobody gonna talk about this disrespecting religions.”

Another said: “Nah this disrespectful to Jesus. Sad what y’all do for money.”

“This is not okay! BLASPHEMY!” wrote another.

Christina Aguilera shared a clip of her wearing the same bikini, but with the words written in French. She captioned the post “a religious experience”.

The bikini costs £82 on the Praying website; the brand offers a selection of other clothing items, including bags and T-shirts labelled ‘God’s favourite’ and a sweater that reads ‘Princess Diana, forever in our hearts’.

They also offer white shorts with a passage from 1 Corinthians 13:11 in light grey writing across the groin.