A private Christian school in North Carolina has apologised after carrying out more than 100 baptisms with middle and high school students without the permission of parents or guardians. 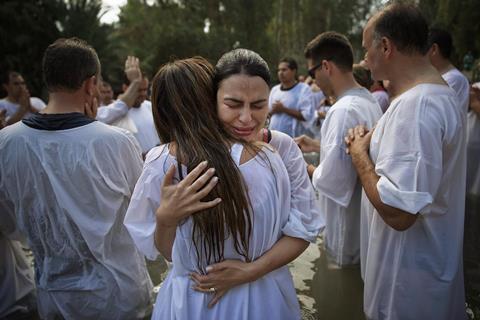 Northwood Temple Academy in Fayetteville, North Carolina, took to Facebook after the baptisms were performed, saying: “I feel it in my bones, you’re about to move! Today we had over 100 middle and high school students spontaneously declare their faith and get baptised today.

“We will have more pictures of these powerful moments posted over the next couple of days!”

Some families celebrated the news, but others voiced their concerns – primarily because they were not present for the ceremony or because their child had already been baptised.

Renee McLamb, principal of school, wrote to parents in a letter obtained by the Fayetteville Observer which said: “I do understand that parents would desire to be a part of something so wonderful happening in the lives of their children, and so I apologise that we did not take that into consideration in that moment.

“I pray that at the end of the day we will all rejoice because God truly did a work in the lives of our students.”

Before the baptisms took place only three students had actually scheduled baptisms, but after the school offered to baptise any student, this number shot up to over 100.

In her letter, Ms McLamb acknowledged that the school should have given students the opportunity to contact their families before going ahead with their baptisms.

“We were not expecting such an overwhelming response to the message that was spoken, but as a mother I certainly can empathise with why some parents were upset.”

Students attend chapel weekly and the school’s website says that “every chapel seeks to keep a fresh focus on the person of Jesus while presenting the truth of Scripture in meaningful and relevant ways”.