Educational child abuse? This is every Christian parent’s worst nightmare

Caroline Farrow agrees that parents needed to remove their three children from a Church of England school and suggests the C of E guidance document is part of the problem. 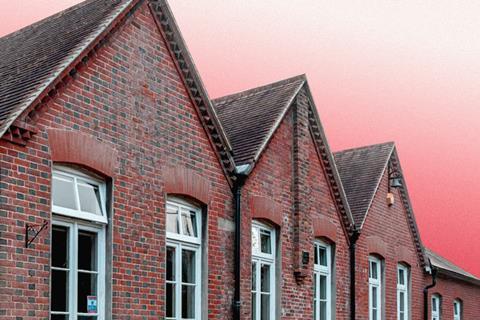 Christian parents have accused a Church of England Primary School of child abuse following their discovery that their eight year-old daughter had been exposed to gender ideology in the classroom, without their knowledge or consent.

The parents, Calvin and Nicola Watts, removed all three of their children from St Michael’s Church of England Primary School in Tenterden, Kent, because of the school’s alleged trans indoctrination of children.

One could be forgiven for thinking that the language is hyperbolic, until you understand the Watts’ eight year-old daughter was made to watch a video in class about an American book entitled ‘It Feels Good to be yourself: a book about gender identity’. The book is replete with gender ideology, promoting the idea of children being ‘both a boy and girl’, or ‘neither a boy or a girl. It also says that people ‘guess’ about a baby’s gender when they are born. It also suggests that: ‘You might feel like your gender changes from day to day or from year to year’ and that children as young as three are able to determine their gender identity.

Most parents would be disturbed to learn that their young children had been taught this highly contentious ideology as though it was uncontested truth, but what made this even worse in the Watts’ case is that they had already made a specific request for their children to removed from any lessons that promoted the LGBT agenda, due to their Christian beliefs.

When the couple raised awareness among other parents at the school, who were similarly concerned, they were then banned from speaking to the teacher concerned, and at a later meeting with the headteacher, they were, predictably enough, made out to be ‘unloving’.

What has happened to the Watts is frankly every Christian parents’ worst nightmare and their decision to remove their children is entirely understandable. The essential bond of trust between parent and school has been broken. It appears that the school were deliberately riding roughshod all over the Watts’ wishes believing the couple to be bigots who could not be trusted to know what was best for their children.

It ought to beggar belief that a Christian couple should have to give a Christian school explicit instructions not to subject their children to politically charged material that is contrary to Christian doctrine, as well as scientific fact, but sadly, this is not the first case of this happening in a Church of England school.

Unloving not to accept?

In 2017 another Christian couple, Nigel and Sally Rowe, were also forced to withdraw their children from a Church of England Primary School, this time on the Isle of Wight, after classmates in both of their children’s forms had been allowed to socially transition. The Rowes were informed that if any of their children were to refer to these children by their former name or pronouns then it would be considered ‘transphobia’ and a breach of the school’s disciplinary code. It doesn’t take a qualified psychologist to figure out that children are naturally going to find it extremely confusing when a boy they have been at school with since Reception is suddenly deemed to no longer exist and is now a girl, simply because they have a new name and are wearing a skirt. A child who questions what is going on is not being transphobic, bigoted or unloving - they are exercising natural curiosity and critical thinking. Neither is it ‘unloving’ to reject gender ideology, quite the opposite. No Christian can sit silently on the sidelines as they watch a child being led off down the path of irreparable harm. Most Christians have nothing but loving concern for adults who suffer from body dysmorphia, but rejecting an idea does not entail a rejection of the person, who no matter how they identify will always be a beloved child of God.

A form of child abuse?

We tend to think of child abuse in terms of being physical or sexual assault, but children who are being forced to uncritically accept falsehoods as absolute truth that they must not question without incurring punishment, is a form of both emotional and spiritual abuse. Misleading children into the belief that biological sex is nothing more than a nebulous feeling and something that can be chosen, not only contradicts Christian teaching, causing them potential spiritual harm, but it can also set them off down a path of physical harm if they begin to question whether or not they have been born in the wrong body.

Thanks in part to the persistence of Nigel and Sally Rowe who pursued a judicial review over gender ideology that was being taught in primary schools, the government has now been forced to review its guidance for schools. The Department of Education states that teachers should not suggest to children that non-compliance with gender stereotypes means that their personalities or bodies are wrong and that resources should always be age-appropriate and evidence-based.

The Chief Executive of the Trust which owns the school the Watt’s children attended. has admitted that after watching the video and viewing the material shown to their daughter, that it ”was not appropriate for all children and that some may well have found it confusing.” He also said that the teacher ought to have checked the suitability of the resources with the headteacher prior to their being employed in the classroom. What he has not done however, is to apologise, or promise not to use the material again. He also attempted to mitigate the actions by saying that at all times there were two qualified adults in the room able to answer any questions that the children might have had, but given that one of the adults had already taken the decision to show the inappropriate video, parents cannot be reassured that the staff would have given satisfactory answers to any questions.

Christian parents have every right to be worried because one of the reasons that many chose faith schools for their children is in the hope that the school will uphold Christian teaching, rather than undermine it. I know many such parents who have chosen a school with a professed evangelical ethos as they see it as the only way for their children to avoid being subject to LGBT ideology in the classroom.

This is not just about individual rogue schools or woke teachers. Sadly, the Church of England is itself complicit, in that a document produced by its education service in 2014, entitled ‘Valuing all God’s children’, a worthy sentiment, is being used by Anglican schools, in order to reinforce many of their policies.

The Church of England is correct in that no child in any of their schools should be subject to any kind of bullying and that schools must foster an ethos of respect and tolerance of diversity in all its forms. However, now that the tide has begun to turn against gender ideology and the general public are aware of the wide scale harm being posed to vulnerable children and adults, it is time for the hierarchy to admit that this document is no longer fit for purpose and issue new guidance, empowering and enabling Christian schools to offer a solely Christian and age-appropriate vision, reflecting God’s plan when it comes to marriage and relationships.

Caroline FarrowCaroline Farrow is the UK and Ireland campaign director at CitizenGO. A regular commentator on faith in public life, she is also a mum of five and the wife of a Roman Catholic priest.