Dr Strange in The Multiverse of Madness

Andy Peck thinks you are unwise to recommend this to your children, but gives you clues to redeem the situation if they are desparate to watch it

Overview. Dr Strange (Benedict Cumberbatch) meets a teenage woman, America Chavez (Xochtil Gamez) who can open portals to the multiverse and is being chased by demons. America gets into the hands of Wanda, the Scarlet Witch (Elizabeth Olsen) and Dr Strange puts himself at risk to rescue her. 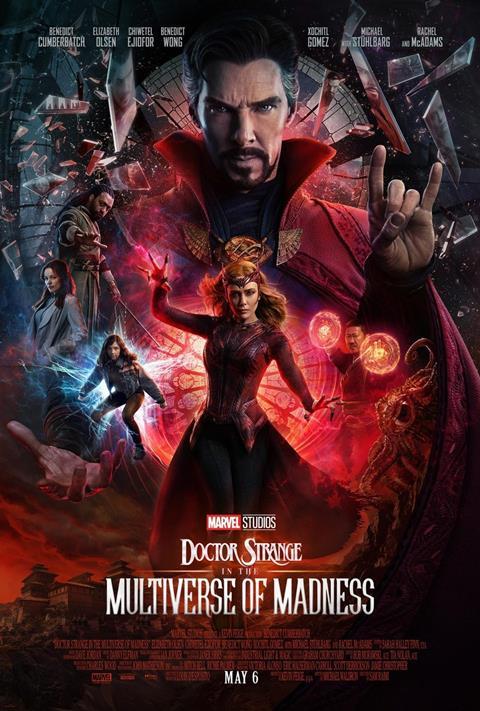 It has all the elements you would expect from a Marvel Superhero movie: The Dr Strange character thrust into a pulsating drama, with glorious vistas, large monsters, fight scenes, gentle humour and end of your seat action all to a thunderous music score. Wanda is excellent and in many ways the film is about her, despite the title.

Described as the franchise’s ‘first horror movie’, some scenes are pretty grim. In one scene, Dr Strange awakens his dead corpse from another universe and his zombie body is attacked by ‘souls of the damned’. There are torture scenes, the charred remains of bodies, and after one fight scene a body is skewered on a spike. Some children will have nightmares after watching this and it certainly stretched the 12A rating and might have been a 15.

Superhero movies of course borrow from classic good v evil notions (moral relativism doesn’t create much tension!) We have demons, souls of the damned and a book of evil spells that threaten the main characters. Your children may be up for a discussion about how the Bible believes the ‘dark side’ is real and why.

America Chavez has two mums as parents. It’s an incidental backstory  but a first for a Marvel movie and has caused the film to be banned in Saudi Arabia.

The multiverse idea might be more for older ones, but notions of alternative realities feed nicely into conversation about a spiritual reality and the life to come if handled well.

At the heart of the drama is a Mum (Wanda) who would do anything to recover her children from a parallel universe. Do her ends justify the means, even as her pain tugs at our heartstrings?

You might also explore how Dr Strange himself is aware that true happiness has escaped him, even after he has done so much good.