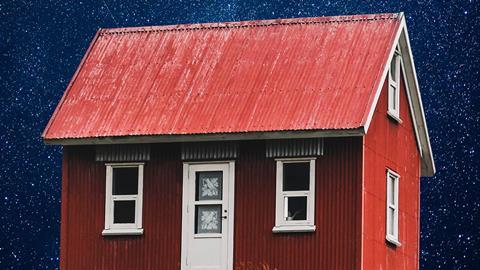 A home a family

Story for home. If you want to include some actions, they could be attached to ‘home’, ‘family’ and ‘promise’. So make the shape of a house with your hands for ‘home’. Give yourself a big hug or hold someone’s hand for ‘family’. And cross your fingers for ‘promise’.

Abram has a home in a place called Haran. A place where his father took him.

And Abram has a family, too. His wife, Sarai. And his nephew, Lot.

And then, one day, God speaks to Abram. That’s right, God!

“I want to give you a new home,” God tells him. “I want you to trust me and to follow me to the home that I will show you. And, if you do, I will make a great nation from your family. I will bless you, so that everyone knows who you are. I will protect you, too. And you will become a blessing to every family in the world!

A new home! A big family! A huge promise!

But there’s just one problem.

Abram is 75 years old. Sarai isn’t much younger. And they don’t have any children.

Still, Abram trusts God. He takes Sarai, and Lot, and everything he owns, and off they go, following God’s directions to their new home.

God leads them to a land called Canaan. That’s the name of their new home. And when Abram comes to a place called Shechem, in Canaan – to the oak tree of Moreh, God appears to him again.

“I will give this land to your children!” God says.

And Abram builds an altar there and gives thanks to God.

For a new home! And a big family! And a huge promise!

But there is, of course, one problem. One problem that remains.

Abram and Sarai still don’t have any children.

They settle into their new home. And years pass.

There is a famine. They have to go to Egypt for food. But the Egyptians kick them out (long story!) and back to their new home they go.

There is a disagreement. Abram’s servants fight with Lot’s servant over who gets the best land for their animals. Abram lets Lot choose, in the end.

And then there is a battle. For the land Lot chooses is near a big city called Sodom. And when Sodom is attacked by neighbouring kings, Lot gets captured and has to be rescued by Abram.

A lot happens. To Lot.

And to Abram and Sarai, too.

In their new home.

But there still isn’t much of a family, to speak of. And Abram wonders about the promise.

So God comes to Abram, again. In the night. In Abram’s tent.

“Don’t be afraid,” God tells him. “I will protect you, like a strong shield.

“And you will have a great reward.”

“Erm, but what about that promise you made?” Abram replies. “The one about the family? You haven’t given me any children, so at the moment my heir is my steward called Eliezer from Damascus.”

“Eliezer will not be your heir!” God assures Abram. “Your heir will be your very own son. Step outside for a moment, and I’ll show you.”

So Abram steps out of his tent. And the sky is filled with stars.

“Look up!” God says. “Look up and count the stars. You can’t do it, can you? There are far too many. Well, ‘far too many’ is how many descendants you will have, Abram. Far too many to count! Trust me.”

And Abram does. He trusts God. And, in God’s eyes, that means Abram has done what is right and good.

Trusting God. Believing what he says is true.

About a new home. And a big family. And a huge promise.

Bob HartmanBob Hartman is an author and performance storyteller, who has spent many years writing and telling stories.