Why does my child ‘lose it’ at home when they have been fine at school or church? 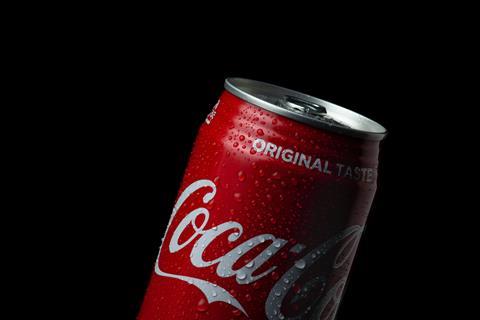 There is a great analogy that helps to explain why neurodiverse children (eg who are autistic or have ADHD) are sometimes perceived to be able to ‘cope’ and be ‘fine’ at places like school or church, but can become overwhelmed by the time they get home. There are so many stories about children who appear to be totally different in these two settings; the Coke can analogy helps us understand why. Here’s Jack’s story:

Jack was up late on Saturday night. He wanted to play Fortnite with his friends and it inevitably ran on past bedtime. All that screen time made it hard for him to get to sleep, so when he was woken up to get ready for church, he was tired. Shake the Coke can.

Jack usually gets picked up by the church minibus. The usual volunteer is off sick, so a replacement has been sent. They don’t know Jack and he doesn’t know them. They don’t realise that Jack has to sit by the window facing the front otherwise he gets travel sick. Shake the Coke can.

As Jack arrives at church and heads to Sunday school, two other children are waiting outside for him. They enjoy mocking Jack because he is autistic. Jack’s parents have spoken to the church about it, but the church leaders feel that Jack is overreacting. Shake the Coke can.

Rachel is Jack’s favourite Sunday school leader: she understands him and helps him know what to do. Often, she prepares resources just for Jack that he finds really helpful. Rachel is away from church today so a leader from a different group is taking the session. She doesn’t know anything about Jack, she hasn’t prepared any resources to help him. Shake the Coke can.

The replacement leader finds it hard to control the children, some of them become very noisy and disruptive. Jack finds loud noise overwhelming; he has ear defenders, but he gets mocked when he uses them. Rachel usually makes sure this doesn’t happen, but she’s not here today. Shake the Coke can.

Jack hasn’t had any breakfast. His family struggle to pay the bills and sometimes they have to skip meals. Rachel knows this and always brings a breakfast bar for Jack, but she’s not there today. He’s hungry now. Shake the Coke can.

Jack goes out into the church garden for free time. His usual friend, Jaden, is involved in a game with some other boys and Jack doesn’t want to push in. The two boys that bullied him earlier are in the garden too, so Jack goes inside to hide in the toilets on his own until everyone comes back in. Shake the Coke can.

The replacement leader has changed the timetable for Sunday school. Jack doesn’t know what is happening. Rachel usually has a quiet word with Jack first if anything is going to change, so that he has time to process this and adapt, but she’s not here today. Jack finds all of this unexpected change very hard. Shake the Coke can.

After a difficult drive into church this morning, Jack is dreading the journey home. His anxiety levels are rising fast and when he sees that it’s the replacement volunteer again, he almost has a panic attack. The replacement volunteer doesn’t listen to Jack when he says that he has to sit by the window facing forwards. Jack feels travel sick all of the way home. Shake the Coke can.

As the minibus turns into Jack’s street, he reaches for his bag. It’s not there. He suddenly realises that in dealing with almost having a panic attack at church he forgot to pick his bag up from the peg. It’s got his craft that he did at church in it, his drink bottle, but also his comfort toy that goes everywhere with him. Jack asks if the minibus can return to church so that he can get his bag, but he is told he will have to get it next week. Jack needs it for school tomorrow. Shake the Coke can.

Jack arrives home. As far as the church is concerned, he’s ‘coped’ and been ‘fine’ today. Jack has managed changes of routine, changes of team, bullying, tiredness, sensory overload, hunger, isolation, loss of his bag, increasing anxiety and panic, travel sickness and more. He’s just about held it all together because if he can’t hold it all together at church he is mocked and bullied by the two other children, the Sunday school team think he’s being badly behaved and he ends up in trouble all round.

As he walks through the front door, his parent asks him: “Did you have a good morning at church today, Jack?” In doing so, they metaphorically pulls the ‘ring pull’ on the Coke can that has been shaken all day…Boom! Jack erupts, and his parent wonders why this always happens when he gets home and not at church or school.

We can create situations in our church community that are problematic for some and exacerbate issues that those who come to our groups struggle with. Sometimes this is inadvertent, but sometimes it’s because we don’t plan well enough or listen to what children, young people and families say. Look back at Jack’s time at church and try to come up with better courses of action that would have helped Jack and prevented him from erupting at home.

Mark ArnoldMark Arnold is Additional Needs Ministry Director for Urban Saints. Has a teenage daughter and a son who has autism