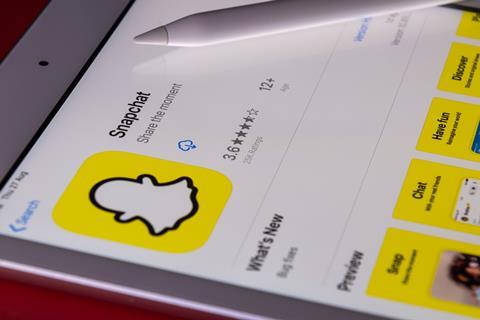 Bass also expressed doubt that the photos are ever truly ‘deleted’: ‘They still leave behind a digital footprint. Hackers have been able to get in and access photos that users thought were deleted. Once something is posted, it’s posted. Snapchat may give a different perspective but that leads to some false assumptions.’

Premier Christian Media Group’s head of social media and user of Snapchat, Sean Skinner, had both negative and positive things to say about it: ‘People spend less time glued to it than they would other platforms. Members of our youth group talk about how they’ve seen pictures of male and female genitalia shared on Snapchat, and this isn’t an uncommon occurrence.’ He offered this advice to youth workers: ‘When talking about any digital media platform, don’t spend your whole time listing the negatives. Encourage safe use, and make sure young people are aware of boundaries, and encourage them to tell you if they’ve sent or received sexual images.’

Do you use Snapchat?

What do you think of it?

Do you use it differently to other social networks?

How carefully do you think about what content you put online?