Molly and Mack: the preschool drama series that introduces children to sin, forgiveness and the value of community 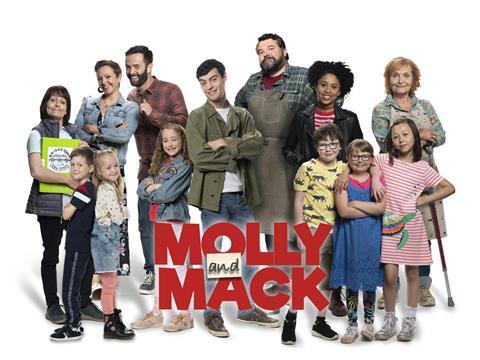 The Series: Molly and Mack

Other connected fseries The fifth and final series of the pre-school drama on CBeebies which first launched in 2018, has just been released.

Overview. The ongoing drama series focuses on the lives of Molly and her older brother Mack, in and around ‘The Big Hub,’ in the fictional town of Bridgetown, Scotland.

What you liked: A heart-warming drama that very young children and parents can genuinely enjoy watching together.

What you didn’t like: The songs (I’m joking, but they’re an ear worm which you may love or hate).

Thoughts for parents: ‘Molly and Mack’ is unusual; an ongoing preschool drama series which has addressed some big issues for very small children. From the very first episode, viewers were made aware that Molly and Mack’s mother had died. Her death, and the way this continues to affect their lives is a theme that is gently but truthfully revisited throughout the series, all the way through to the final episodes of series 5. Other issues have included the big; race, identity and belonging, the small; injuries and illnesses, and the more ridiculous; giant carrots and royal visit misunderstandings. It takes the viewing audience seriously; what issues affect young children in real life, how do they feel about these things, how can we give them a vocabulary to handle these things.

It is even more unusual for a programme for this age range to have an ending. Normally, preschoolers simply grow up and leave programmes behind for the next cohort, or the cast outgrow their roles and quietly disappear. With this programme, there is an ending; closure. This is a healthy recognition that things come to a close and that we need healthy ways to mark endings as well as beginnings.

Perhaps more expected are the catchy theme tunes that run within the series. For Molly and Mack, two such songs feature in each episode; the Oops song, and the Idea song. Often it is the oops that leads to the idea, but sometimes the idea goes wrong and the songs are reversed. In each of these cases, children discover that things go wrong, we make mistakes and ultimately that we do wrong. Sin is not a concept you expect to be addressed in preschool dramas perhaps, but through these, characters explore the concepts of forgiveness and of restitution or repair, fundamental themes for Christians to explore.

There is another deep concept addressed through the series which resonates with us as Christians. These lyrics are taken from the theme song;

“It’s the place that we call home, it’s our world where we live

And every day we gather young and old

There are questions to be answered and stories to be told

Cause we’ve got a family that’s filled with love

I like this sort of living and we’ve got enough.”

The Big Hub is the model of an intergenerational community akin to an extended family beyond biological connections. It’s not a bad example for what the church can and should look like to the children in our midst. Perhaps the theme song would make a great all age worship theme?

Becky MayBecky May is founder of The Resources Cupboard, Mum to two no-longer preschoolers, who have grown up alongside Molly and her friends.