Is the series ‘Wednesday’ a blessing to Christian teens? 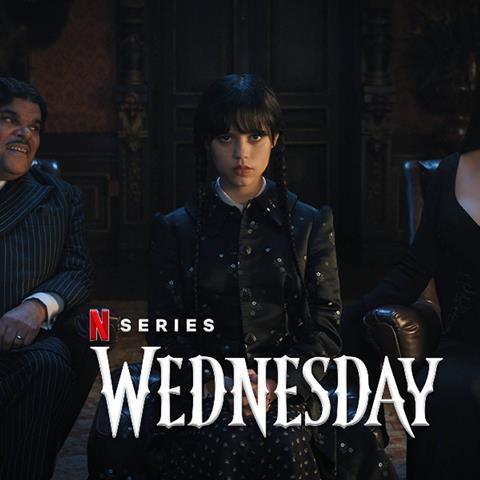 Overview: Wednesday Addams is a student; sarcastic, witty and dark. She begins to attend Nevermore Academy and quickly finds herself immersed in a mystery that includes her family as well as coming to terms with being a psychic.

What I liked: The series is very well written for teenagers. The characters are all individuals with traits that people can relate to, while also enjoying the twist of the way they have a power. The storyline is easy to follow and incorporates a ‘normal’ level of teenage angst alongside the dark comedy that makes up the mystery. It has dramatic scenes that you expect from the thriller genre but there is a humourous edge that makes it more fun to watch. The series flows nicely and gives some of the characters a clearly defined arc which is interesting to pick up on as well as adds more to the story. The humour gives you small pieces to smile about while focusing on the main plot. It eases the mystery and darker parts of the episodes to give it more life and energy and makes it easier to watch with teenagers. The acting within the series is fantastic: each person playing an excellent role that hides the twists and keeps the surprise well hidden.

What I didn’t like: While the comedy lifts the story, there are a few plainly dark bits. The language that is used can be rather cruel and there is a lot of violence that some younger viewers may find scary. As a fan of the 1960s TV show I found it a little strange to have the characters act in ways not in keeping with the original so viewers must be prepared for a stand alone series with only slight connections to the  Addams Family franchise. The series climbs rather slowly to its climax, spread over eight episodes the ending seems a little all over the place and sudden compared to the rest of the series.

Thoughts for parents: There is plenty for parents to talk about with their teens. Wednesday is seen as different in a new school that - despite everyone being unique - still has its own cliques. The underlying feeling is that all teenagers are trying to find themselves, figure out who they are and how they should be. It also delves into history with its connection to pilgrims and witch hunting. This can be a interesting point of teenagers to delve into as parents explain to children how fear of difference can lead to suffering, and what Christians believe about the supernatural.

The series also highlights the struggle of growing up, of hormones becomin a factor in mood swings and the struggle that a lot of teenagers face when it comes to their parents and speaking to them about issues that concern them. Parents can view it from their child’s perspective and address the issues of hopelessness and isolation that is also present in the series while still appreciating the sarcasm and irony that comes through the acting.