Is Mr Beast a YouTuber to avoid or a role model of generosity? 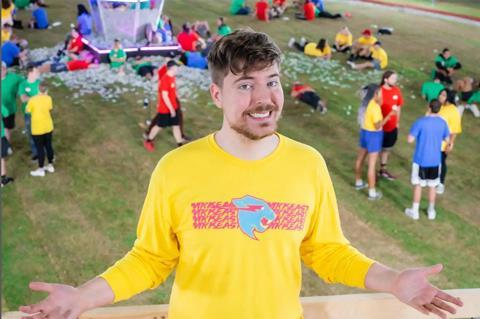 Overview: Jimmy Donaldson aka MrBeast is a YouTuber who creates incredible videos where (for the most part) he gives his subscribers crazy but fun challenges to do in order for them to earn money, it tests them mentally and/ or physically and is always creative.

What I liked: He’s a very humerous YouTuber with creative challenges that push the subscribers/contestants out of their comfort zone through physical or mental challenges, none of which are very extreme and always seem like a lot of fun. Everything is filmed live so you see authentic reactions which are extremely positive as well as entertaining. I also enjoyed the ‘rewards’ of the challenges that are hugely generous to MrBeast’s subscribers including $500,000 to the last person to leave a circle of 100 people and giving a Lamborghini to the last person who can keep their hand on it.

The creator also has several different channels including MrBeast Philanthropy which gives 100% of its profits to charity, he also builds wells in Africa, gives school supplies to the poorest schools in America and doing 10,000 random acts of kindness like giving one of his volunteers a brand new truck and giving random people $100. His other channels involve a ‘reaction’ channel and a gaming one both of which he keeps up an endless stream of interesting and comedic conversation which is never over the top or ‘raunchy’.

What I didn’t like: I was weary of the enthusiasm with which he threw money away. As a rich guy he could give it away without thought and much consideration which I found difficult to always appreciate as it made it seem as though he didn’t care about it. Also as there isn’t a lot of his videos that don’t have something to do with money it does cause me to wonder how much good he would do if it wasn’t for the money aspect of it.

Thoughts for parents: This is a channelist that shows teens the importance of giving and charity and how simple acts can change people’s live dramatically and for the better.

He was an average, everyday teenager who grew and developed and became a high earner before he was 20 and yet instead of buying random things, he gave it away and learned to be generous.

The humour is mature but not over the top and the swearing is beeped out which makes it a lot more fun to watch if parents want to watch it with their children too.

In a 2021 surveymonkey 70% found him favourable with only 12% finding him unfavourable.

Donaldson also has had several of his friends employed by him for several years that can help kids realise the importance of keeping supportive friends close that give plenty of comic relief as well as advice.

Although there is nothing to suggest that MrBeast is or is not a Christian it is a good conversation to have about how not all good people are Christians and not all Christians are good people. This is especially important as children start to grow, change schools and move in different circles that may introduce them to different people who all have varied opinions.