Avatar: The Way of Water – Does It Live Up To The Big Expectations? 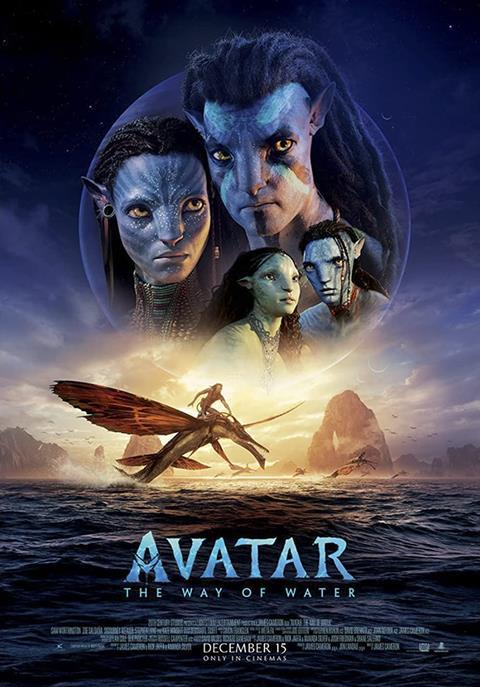 The film: Avatar: The Way of Water

Overview. Many years have passed since the original film (review here) and Jake Sully now has a family of his own to protect from the returning ‘sky people’. After being forced to leave their home, the Sullys must adapt to a new land and learn the way of water.

What you liked: It has been 13 years since the original Avatar hit cinemas as violently as the sky people invaded Pandora. I remember trying to go and see it at the time and ending up having to see a different film because the queues were so long and the screens were all booked out.

The box office hasn’t recovered since the pandemic but, having seen Avatar: The Way of Water on opening weekend, there might be hope. The lobby was filled with people and the screen was pretty much packed. I got a little emotional to see so many people back at the cinema – and that was before the film even began!

Firstly, the film is stunning. I made sure to see it in IMAX 3D because I had been to see the first film a few months earlier when it was re-released in premium screens and the clip they showed of the new one blew me away. James Cameron knows how to make a visual spectacle. The beauty of Pandora is once again fully-realised – you do really want to be able to visit it for yourself. There are shots that will stick with me for life, just gorgeously composed and framed.

If I had a complaint about the original, it’s that I wasn’t hugely invested in the characters. They seemed a little generic and two-dimensional. However, the 13 year gap has allowed for Cameron to introduce new characters in the form of Sully’s children (both biological and adopted) – I imagine these will be the real stars of the future sequels that he has planned. They already knocked it out of the park in this film and I look forward to seeing their characters grow over the years.

Sure, the third act is mostly explosive action, but I’d argue that the stakes are higher this time round as you have really grown to love the characters and care about each one of them as well as the family overall. There’s also incredible pay-offs to ideas that were seeded throughout the first two acts.

I really loved this film but I have a word count limit for this article (which I’ve already gone over) so I’ll leave it there for now.

What you didn’t like: This is less of a criticism of the film than it is of the audience: The film is long. It clocks in at over three hours (although in the days of streaming, it’s the equivalent of binge-watching three episodes of a series), which means please don’t bring young children with you to the cinema. They’ll get fidgety and bored and start talking (which is what happened in our screening). Also, it’s a 12A, so it’s not 100% appropriate for younger children. 10 upwards is what I’d recommend – there is a bit where a man’s arm is chopped off and goes flying so use that as a basis of what you want your kids to see.

Thoughts for parents: There is so much to unpack in this film, given its three-hour run time that’s hardly a surprise…

The film itself has big expectations laid upon it – it’s the sequel to the world’s highest grossing film of all time (not adjusting to inflation, although it still comes in at second if you do).

Jake Sully puts big expectations upon his children, especially his two sons who try to live up to their father’s reputation as one of the greatest Na’vi warriors to have existed.

How do we cope with realising that we are not what people expect us to be? What does it mean to be an outcast?

There are questions to be asked around adoption and asylum seekers too.

Where is home? What is it like to move homes and adapt to a new culture and environment?

Like the first film, the sequel explores humanity’s greed and lack of care for nature. There are scenes of animal torture in order to retrieve only a tiny phial of valuable liquid. It’s shocking but ultimately holds up a mirror to our own society.

What ways can we better look after our planet and the creatures that live on it?

The Bible is full of stories where water is a key player. From the story of creation to the flood, to the parting of the Red Sea, to Jesus’ baptism and to our own baptisms, water carries something spiritual. How many examples of water being used in scripture can you think of?