Most teens have a positive perception of Jesus! This is not the good news we think it is 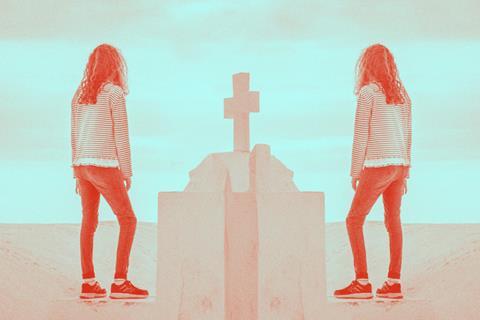 Anyone involved in youth and children’s work is desperate for something positive. After all most of the stats quoted are gloomy. Whether it’s the one saying that 95% of young people have no connection with a local church, or that 70% of Anglican churches have less than five under 16s in their Sunday morning congregations. One US study said that 50% of young people raised in a Christian home leave church at 18.

Hence when Barna came out with their findings that ‘most teens have a positive perception of Jesus’ many will be thinking ‘at last!’ The survey is impressive in its scope: it includes responses from nearly 25,000 teens aged 13-17 across 26 countries. This was not with Christian young people who may have a bias towards giving positive answers.

Barna has released some headline findings.

● Most teens around the world have a positive perception of Jesus. For example, about half of all teens, across faith groups, describe Jesus as “loving” (49%) and believe he offers hope to (46%) and cares about (43%) people.

● Nearly half of teens overall (47%) believe Jesus was crucified, while one-third of all teens (33%) says Jesus rose again. Teens’ perceptions of Jesus are more about the past than the present.

● Teens do not see Christians nearly as positively as they see Jesus. Teens believe that Jesus is more “loving,” “wise,” and “peaceful” than the Christians who follow him. And Christians are seen as more “judgmental” or “hypocritical” than Jesus.

● For teens, there is a strong correlation between being committed to following Jesus and experiencing satisfaction, support, and stability. Also, teens with a commitment to follow Jesus tend to have a greater sense of community than peers with other levels of connection to Jesus.

As editor of Youth and Children’s Work, you might think I would draw some comfort from these stats. I do, but I have some cautions before we proclaim that a revival is coming any time soon.

Of course Jesus is all the things that teens believe him to be: loving, wise and peaceful. It’s better that they have a warm ‘feeling’ about Jesus than none at all. But note the stats about positive perceptions are all under 50%.

But if UK teens are anything to go by, understanding of a Jesus based on the Bible is so limited, that most teens are merely believing in a caricature. Let me explain.

According to research by Bible Society most Christian millennials in the UK (51%) engage with the Bible a few times a year, or less. Only 9% read the Bible every day and a mere 13% look at the scriptures “a few times a week”.

Now millennials are an older age group than this survey but it gives us an idea of Bible reading and few would argue that things are any different for younger people.

You can read a fuller comment on that research by Premier Christianity here:

In the US where church attendance is much higher than the UK, 40% of Christian young people never read their Bibles on their own.

Furthermore, and this is a telling stat, one third of teens who self-identify as Christian, have not made a personal commitment to Jesus.

So if this is the case for Christian young people, the suggestion is that these 25,000 are hardly likely to be Bible readers and a third of the self declared Christians among them don’t grasp the basics about saving faith.

Taking all this together. my suggestion is that many like the idea of Jesus but don’t know enough about his life and teaching to make any intelligent comment.

My suspicion is that many of these young people might struggle with Jesus’ command that he has come to cause division in families and to take up our cross and follow him: (Mathew 10:34-38)!  Mr Beaver’s comment about Aslan in ‘The Lion The Witch and the Wardrobe’ might apply here. “Who said anything about safe? ’Course he isn’t safe. But he’s good. He’s the King, I tell you.”

2. Loving Jesus and hating the church?

This really is a tired and outdated idea. It is common and most of us resonate at some level. Of course, the ‘church’ has its ‘bad apples’ and communities that are barely ‘Christian’ but there are some stunning churches around doing some amazing work. So what these young people are doing is comparing the worse examples of Christian behaviour with their caricature of who they think Jesus is. The church at its best connects with the living Jesus and seeks to give itself away for others, including the least, the last and the lost. Jesus loved sinners but was uncompromising in his insistence that sinners should learn from him how to live. In that sense Christians do have a standard they preach but don’t always live up to and to the outsider, that may seem hypocritical, but any true believer knows they are a recipient of grace and ‘one beggar helping another beggar’ where to find bread.

That under half of teens believe Jesus was crucified suggests that under half don’t know the first thing about historical records. The evidence for the crucifixion is way greater than other ancient truths regarding the Romans that teens take for granted and you don’t even need to rely just on the Gospels. But when the Gospels are included, the manuscript evidence for these books where the crucifixion is a central part, is many many more times greater than other contemporary events. If you haven’t seen the charts of comparison look here.

All of which confirms that these teens believe in a caricature of Jesus.

Now admittedly the belief in the resurrection is more of stretch with just a third believing in it. If the teens don’t accept the attested truth of crucifixion they won’t be impressed by the eye witness record of the Gospels, or the lack of any reasonable alternative explanation of the lack of body, or the fact that all the early disciples gave the rest of their lives to its proclamation and most were martyred for doing so. Oh, and one in three of the world’s population are ‘Christian’ in some shape or form.

Where does this leave us?

If the stats do anything they remind us of the challenge to the church if it wants to survive into the next generation. It behoves us all to deal with the reality of the challenges as we find them. We have a job on to first connect with young people who don’t know God and to gain their trust and gently and graciously help them know the truth of the Bible and Jesus who is their only hope.

Who do you know that you can connect with and how can you support those in your church who are doing this frontline work? The future of ‘the church’ and your church depends on your action.