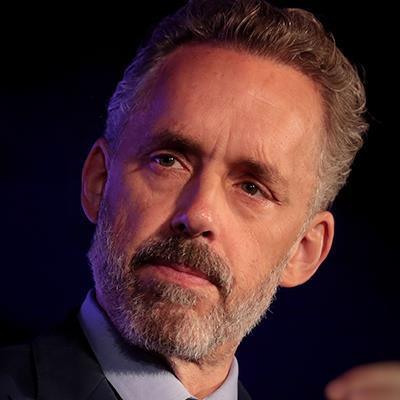 When the Canadian clinical psychologist and former professor Jordan Peterson issued his message to the Christian church about young men, many Christian leaders took umbrage. Who was he to tell us what we should be doing?

But there have now been one million YouTube views, suggesting that his words were of interest to a good number. When the video was posted in mid July, Premier Christian News reported it and you can see their story and watch the video here:

“You’re churches for God’s sake. Quit fighting for social justice. Quit saving the planet. Attend to some souls. That’s what you’re supposed to do. That’s your holy duty. Do it now, before it’s too late. The hour is nigh.”

Jordan Peterson came to prominence in part through his university lectures series posted on YouTube channel which has over five million subscribers and his second book ‘12 Rules for Life’ that has around five million in sales. A tour of major western cities followed (2017/18) and Jordan discovered that it was young men especially who enjoyed his work.

That he should feel the need to suggest that young men and the church ‘need each other’ is encouraging. Jordan has been warm to the Christian faith for some time, happy to represent theism v atheism in ’The Big Conversation series 1’ . More recently his wife re-discovered her Catholic faith following a life-threatening illness and his daughter Mikhaila came to faith last August. Watch her story here . However, it isn’t clear whether he is personally committed.

The gist of his concern in the video is that young man could be discouraged by the cultural messages they are receiving which suggests that so much of the ills in society and the deterioration of the planet can be placed at their feet. He is also saying that the church can be of help to their thinking, if only it would be more welcoming. Energetic men need the church and the church needs them.

Whether or not you buy his stance and agree with his assessment (you may need to listen a few times to grasp it all!) he is bringing to the fore a topic that some perceive as a problem for the Christian church. In the UK church the split is 65% women, 35% men, which even allowing for the fact that women typically live longer, is an astonishing gap.

All of which raises questions for parents of male offspring. The demographics regarding church attendance of 18-30s has a massive 70 percent under 30s saying they have ‘no religion’ and half of those raised in a Christian home rejecting the family’s faith. This coupled with the perceived ‘feminisation’ of the church suggests things are bleak for parents of boys.

As Dad to two late teenage boys I want to make sure my boys add to the 35% in church Here’s my assessment of what they need.

1. The adventure that Jordan wants men to have is found by responding to the call of Jesus.

Jordan’s view that men have a ‘woman to find, a garden to walk in, a family to nurture, an ark to build, a land to conquer and a ladder to heaven to build’ suggest the kind of old style manhood of a generation ago. (Fans of John Eldredge ‘Wild At Heart’ book, may sense similarities). In his podcast and writings he is comfortable stressing the distinctions between male and female and supporting what he sees as male instincts.

Readers of scripture differ over the degree to which these differences are enshrined within its texts, but certainly I would see that the kind of adventure and sacrifice Jordan suggests young men need is within the call of Jesus. He came preaching the good news of the kingdom and inviting all people to join him in the life he enjoyed with his Father. As apprentices to Jesus we learn how to share his love and see his Spirit at work in and through us to touch those not yet in his team.

Is this emphasis found in every church? Sadly not. Too many are about something else. Running services, teaching doctrine and caring for its members all have their place, but if they are not ‘making apprentices’ they miss the main thing.

If my boys are merely participating in a religious service but not helped towards and into Christ, I would better helping them connect with people alive to kingdom values: another church, or a parachurch grouping. If you want your young man to improve his football skills, you don’t sign him up for rugby club, and sadly many local churches seem to be playing a different game altogether.

2. We minister to the whole person

Peterson is right to remind the church of her primary calling to help people into Christ and to godly living. My boys could become engaged in social justice and saving the planet, but never move one jot towards Jesus. But this is not an ‘either/or’ dilemma. In Matthew 6:33 Jesus calls us to “seek first the kingdom of God and his righteousness”. Righteousness could be translated ‘justice’ which may mean working on behalf of the least the last and the lost to change the unjust structures that create problems. I want my boys’ souls ‘saved’ of course but salvation has a ‘this life’ component that calls them to ‘be Christ’ and have the love of Christ for people and the world..

3. Embrace masculinity but be Christlike first

I was a football/cricket/athletics playing, outdoorsy guy growing up. My boys are active too, though in parkour, rock climbing and outdoor pursuits rather than team sports. God is cool with both expressions of masculinity (if that’s what they are) but aggressive testosterone filled impulses need checking within Christ’s school. We all need the shaping work of God and last time I looked the ‘acts of the sinful nature’ of Galatians 5 need replacing with the fruit of the Spirit. We are being shaped to be like Jesus ‘the perfect man and perfect human’. He was ‘a man’s man’ in being courageous in his facing the cost of his mission, speaking out against his religious opponents, challenging social norms and conventions, and ultimately facing and enduring the physical pain of the events up to and including his crucifixion. But he also ‘feels’ compassion for the lost and needy, weeps at the tomb of Lazarus, accepts foot anointing from a former prostitute and washes his disciples’ feet. Our masculine model may need redefining.

4. Parents and carers influence is key.

The apostle Paul said ‘follow my example as I follow the example of Christ’ (1 Cor. 11:1), and daunting as it sounds I need to say the same thing to my boys. Whether the church is truly welcoming or not, has wise discipleship pathways or not and has navigated the balance between caring for souls and bodies or not, their biggest influence will be their parents.

Please don’t beat yourself up. Remember the verse ‘Train a child in the way he should go, and when he is old he will not turn from it’. (Prov. 22:6) appears in a book of pithy sayings that state what is ‘generally true’, not ‘what must always to be so’. So we mustn’t assume we are to blame if our children become one of the 50% who don’t continue with the faith when they leave home.

But think of the positive way in which your walk with God can help ‘train’ your boys and girls to live out the Christian life. I only pray I haven’t been too much of a stumbling block…!

So Jordan thanks for the support to get young men into church, but let’s make sure this is the church of Jesus Christ, who calls us all into a dynamic life in him. That’s what I want for my boys and I am sure you do too.