Is addiction to gaming a mental health condition?

Addiction to gaming is now recognised as a mental health condition. What does that mean for parents and youth and children’s workers? 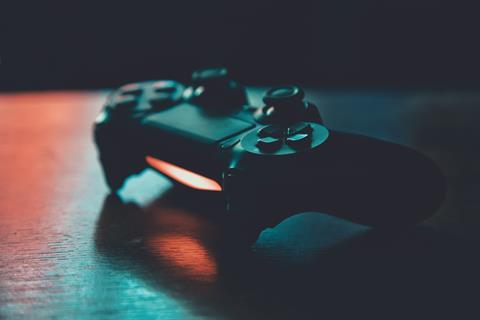 For the first time gaming addiction is now listed as a mental health condition by the World Health Organization (WHO), which means it will also be treatable on the NHS.

I first heard this while watching the news on Sunday night. My attention was caught when I saw a video clip of young boys of a similar age to my son playing Fortnite together. The scene was such a familiar one. Like many parents, I feel like I am constantly checking up and fighting against the “I’m in the middle of a game” response when I say it’s time to get off (having pre-warned him of course).

I had a mixed reaction to hearing that the 11th International Classification of Diseases will contain ‘gaming disorder’. I am concerned that we have a new generation growing up for whom online activity is such a norm – and yet we don’t fully know the long-term impact. So I welcome the fact that WHO are taking this issue seriously. But I also think that there could be a danger of parents getting overly worried, when actually their children are simply enjoying playing computer games.

In fact, my reaction was similar to Dr Richard Graham’s, lead technology addiction specialist at the Nightingale Hospital in London. He told BBC News that he welcomed the decision to recognise gaming addiction as a condition, but said: “It could lead to confused parents whose children are just enthusiastic gamers.”

The finalised Classification of Diseases will be published this year, but the draft gives parents and youth workers an idea of what to look for. An addiction is a persistent or recurring behaviour that takes “precedence over other life interests”. This behaviour should usually be evident for at least twelve months “for a diagnosis to be assigned” (although this could be shortened if there are severe symptoms).

• Continuation or escalation of gaming despite negative consequences

Before all parents become even more paranoid about their children’s online habits, it is worth saying that the World Health Organization itself points out that: “Studies suggest that gaming disorder affects only a small proportion of people who engage in digital or video gaming activities.”

Bex Lewis, senior lecturer at Manchester Metropolitan University and author of Raising Children in a Digital Age, said: “Addiction is already a health condition, with its own recognisable symptoms. It’s similar for any form of addiction, and blaming technology specifically is not always helpful. Having said that, the games companies should be looking at how they develop games responsibly rather than building in all the psychological hooks.”

She continued: “Games companies use a lot of psychological hooks to encourage people to play for ‘just one more game’. They need to think about how they develop games responsibly. There are a small number who are addicted to gaming, and for those, WHO will help. Defining gaming as addictive per se, is not so helpful, as there are many who play it healthily, and it provides a safe outlet for some within a world where work appears to come first on every occasion.”

Journalist and gaming expert Andy Robertson, who is writing a book for parents called Taming Gaming offered his response as well as helpful advice to parents in the light of this news. While noting that the extreme end of gaming needs such classification, he reminded us that: “The broad experience of children playing video games is healthy and it’s a positive thing.

“This is an area of life that we need to be present in. Just like other areas of our children’s lives, they need our help to guide them through this; even if we don’t play video games ourselves or know about the minutiae, it’s important that we take an interest, we talk to our children and we encourage their ‘diet’…so they play a broad breadth of games.

“It’s worth paying attention to what’s going on on the screen as Christians…Some of these games are rated for violence and I think as Christians it’s important that we pay attention to that and look at those [Pan European Game Information] ratings which are the age ratings on the box or on the download of the game which clearly states what the contents going to be like.”

Rather than throwing out all computer games, Andy believes that we need to ensure the games our children are playing are being a positive influence. He says that children can build resilience and problem-solving skills, as well as act with compassion and kindness while engaged in gaming.

But what do you think?