If God created everything, who created God?

These days, many people claim that science has disproved God. But if you look at what  scientists  are  actually  discovering  about  the universe, you will realise that the opposite is true. 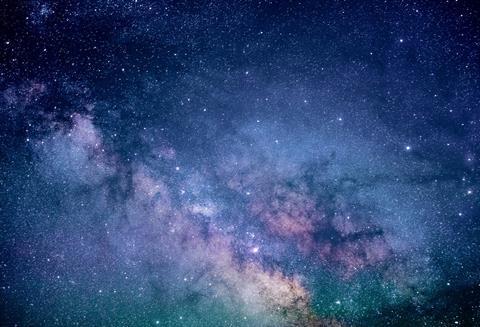 “Where did the universe come from?”

“I think the Big Bang started it.”

“Does it? Also, if God created everything, who created God?”

What’s the biggest number you can think of? Try this one:  1  in 1010(123).  It’s  written in that special mathsy way, because if you tried to write down the number of zeros there wouldn’t be room on this piece of paper. There wouldn’t be enough paper in the whole world to write them down. In fact, if you placed a zero on every single atom in the entire universe you still wouldn’t have a big enough number. That is a BIG number.

This particular number was discovered by a famous cosmologist (a particular type of scientist) called  Roger  Penrose.  It  describes just how finely balanced the matter and energy that make up our universe had to be in order for us to be here. If it had differed by just 1 part in 1010(123) our universe would be a very boring place full of black holes and nothingness. But instead it produced galaxies, stars, planets…and eventually you and me. What are the chances?

These days, many people claim that science has disproved God. But if you look at what  scientists  are  actually  discovering  about  the universe, you will realise that the opposite is true. The amazing order and balance of all the laws of nature that had to be in place to allow the universe to produce life is utterly mind-blowing. And here’s another mind-blowing, are-you-for-real fact. According to astrophysics, the universe hasn’t always existed. Yes, you heard me right.

A long, long time ago, people used to think the universe had just always been around. But in the last 70 years science has been on a crazy journey of discovering that everything in existence – time, space, matter, energy and the universe itself – all expanded from one infinitesimally small point in a ‘Big Bang’ about 14 billion years ago. (If you need confirmation, go and listen to the theme tune of The Big Bang Theory.)

Isn’t that weird? The universe wasn’t here, and then in less than  the blink of an eye, all of a sudden it was.

So that’s where the universe came from. But of course, that raises another question. Stuff doesn’t just appear out of nowhere for no reason. In which case, what caused the Big Bang? Who lit the fuse that started everything off?

The problem is that when we’re asking questions about what caused all the stuff of the universe to exist we have to go beyond the stuff of the universe. For time, space and matter to come into existence, the cause itself could not be physical, and also had to be timeless and incredibly powerful. There’s only one  clear  candidate for that job: God.

In fact, the Bible got there long before the scientists did. The very first verse of Genesis says: “In the beginning God created the heavens and the earth.” The other religions that were around at the time the Bible was being written imagined that their gods just rearranged the stuff that already existed. Only the Bible claimed that there was nothing in the beginning until God said: “Let there be…”

Nothing apart from God, that is.

And that might be your next question…Who created God? It’s a good question. A classic question, in fact. And my answer might sound a bit like a dodge, but stay with me.

I think God is the one thing in all of reality that doesn’t need an explanation for its existence. The problem is that if something else created God we have to ask what created that thing, and then what created that thing…and so on. We would soon end up in an infinite regress in which nothing ever gets explained.

For anything to exist there has to be what the philosophers call ‘a first cause’. God has always been defined as exactly that: the eternal one, the alpha and omega, from everlasting to everlasting. The list goes on. So we don’t have to ask the same question of God that we ask of everything else. God is the ground on which everything else stands.

Just like that huge number, the universe is a mighty big place, and it’s possible to feel pretty small and unimportant in  it.  King  David had the same feeling when he wrote in Psalm 8:3-4: “When I consider your heavens, the work of your fingers, the moon and the stars, which you have set in place, what is mankind that you are mindful of them, human beings that you care for them?”

The answer is the same one David received. God, who created everything, created you and me. And that means we aren’t alone in this big universe. We know the maker, and he knows us.