How to give 'the sex talk' as a parent 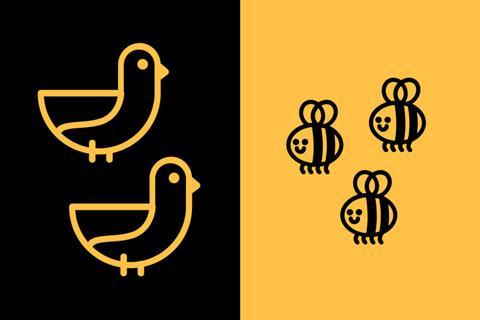 The talk. You know, the one all parents have historically feared. Dads stammering and blushing through stories about birds and bees; mums talking about when mummies and daddies love each other very much, all to pre-teens who already know most of the facts and are looking on in embarrassment.

Talking to our kids about puberty, sex and sexuality has been pegged by our culture and social media as a one-off conversation you have when it can’t be avoided any longer.

However, this subject is a bit more nuanced than a one-off conversation. As parents we might worry about robbing our kids of their innocence or giving them too much information too young or “What if they ask about when we do it?”

The sad reality is, though, that too many kids learn about sex from the playground at a far younger age than we think (many from the age of seven or eight). Whether it is through obscenity, movies or worse, an unintentional, inadvertent peek at a pornographic picture; our kids are surrounded by a world that we can’t always protect them from. What should be seen as the most beautiful expression of love and commitment between two married people becomes an awakened curiosity that can quickly spiral.

As our kids hit secondary school, sex will be the topic that is most discussed, and as parents, we need to make sure that our kids are fully equipped to weather this storm over their purity and beliefs about sex. But how?

Neuroscientists have found that the emotions we feel when we first encounter or learn something new, affects how it is stored in the brain. The amygdala (hormones and emotions) and temporal lobe and the frontal cortex of the brain work together to form memories. So when we recall something we have learned, the emotion we felt when we learnt it is recalled at the same time. That is why, I believe, that the way our kids learn about sex is so important. I don’t want my kids to learn about sex from a picture they feel shame about. I don’t want them to have the emotion of sexual curiosity when they think about sex. I don’t want them to feel stupid or uninformed when sex is talked about. I want them to learn from me that sex is beautiful, normal, biblical and part of a committed relationship.

The most constructive and helpful conversations about sex come from a place of great connection. Talks about sex and sexuality are an extension of talks about identity and family and connection: that way the feelings that arise as we talk are associated with feeling safe. So aged as young as four, I have talked to my children about periods and given genitalia their real name. I have made it normal for my daughters and sons to know about menstruation. Our kids know that they can ask the definition of any word, even if they suspect it is rude or sexual, and I will give them an honest answer.

I have also made sure that I answer the questions our kids are actually asking, taking my cues from them. For example, when natural circumstances arise; documentaries about animals, films, seeing a pregnant lady, I check in with my kids to see if they have questions. It would be so easy to fob them off with glib half-truths in those moments, but when we use those natural questions from natural circumstances, we take out the embarrassment and help our kids create great associations about sex.

My seven-year-old recently asked me how babies get into a mummy’s tummy. I had a choice at that moment…to fob him off with “Daddy gives the seed to mummy” or engage with him in his natural curiosity and give him proper answers. I went with the latter. Many might think that seven is too young to know about erections and orgasms, but the conversation had a sweetness and an innocence to it that I got to be a part of. He took it very matter-of-factly and our conversation ebbed and flowed as we talked about other things. I’m hoping that my son’s memory, that is connected to sex, will be security, beauty and connection.