‘Does Jesus eat in Heaven?’ 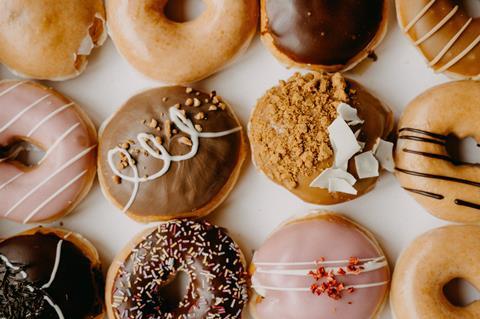 Often children ask the most insightful questions. They have a way of bringing a different perspective and asking something which we would never consider. One of my children has a brilliant habit of asking the trickiest but some of the sharpest questions on a regular basis. One day he asked me, ‘Does Jesus eat in heaven?’ It’s so simple a question but one that I had never considered before. Have you? How would you answer it?

It sounds like an unimportant question and yet it touches on a number of significant issues around the person of Jesus and our future lives together. First, it touches on whether Jesus is still human, and fully human at that. He did not just take on human flesh for His time on earth but for eternity. Consider the resurrection appearance at the end of Luke 24. Jesus is keen to point out to his disciples that He’s not a ghost (v39) then He goes on to eat with them (v43). Nothing changes between then and the ascension which immediately follows (v50-53).

Second, it touches on the nature of reality and our life now and forever. Our future lives together are not to float around on clouds but to have bodies as we do now but better. To say otherwise is a form of Gnosticism: a suggestion that somehow matter is evil and we need to escape it. Jesus’ ongoing physicality demonstrates the nature of reality as it should be – our bodies are a good part of God’s design; the world was created ‘good’ even if it no longer functions as it should due to sin. The intention was always for us to be physical beings.

How would I answer my son? Well, he deserved a better answer than I gave him! It is always good to begin a response by affirming how good the question is. This is not just to ‘buy time’ while thinking of an answer. Encouraging theological curiosity is vital. It is then good to ask him what he thinks. It may be that there is a really good reason behind him asking the question. In this case there did not seem to be but we can never tell. He may have made the connection between the resurrection of Jesus and a relative who had just died and therefore needed a more gentle answer than just dealing with the facts.

I then asked him what we know about what Jesus did with His disciples after He rose from the dead. He ended up answering his own question. It took a bit of working through: does Jesus need to eat? But we worked it out together. I wished I had pushed a little bit harder to get him to thinking about why it matters and what it says about the world we live in now. But I wanted to let him dwell on how amazing it is that Jesus became flesh forever for us and that our future is bodily with Him.

A little later his siblings followed up with the classic, “Will we wee and poo in the new creation?” That is a much harder question to answer for certain!

Robin Barfield is Associate Minister for Children and Families at Christ Church, Wharton and co-host of the Everyday Dadding podcast (https://everydaydadding.podbean.com/)

Robin BarfieldRobin Barfield is Associate Minister for Children and Families at Christ Church, Wharton and co-host of the Everyday Dadding podcast