Miracles are hard to get our heads around, but if we believe in God it shouldn’t be too difficult to also believe in miracles. 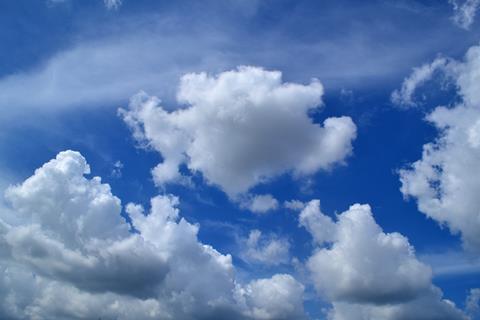 This month, we asked a few 6 to 16-year-olds what they would ask God if they could:

“Will my friend ever be able to walk again?”

“Erm… I think he would say yes because  God can perform millions of miracles.”

I think two questions are raised here: one about the possibility of miracles and another about failed healings.

A miracle is something that breaks the rules of normal life and can’t be explained naturally. It’s a situation that has been interrupted by a supernatural power: God. If I drop a mug, gravity dictates that it will fall to the floor (and probably break given my track record). If, however, I drop the mug and it stops before it hits the floor without any rational explanation (such as my hand catching it (unlikely!) or we’re in space with no gravity), someone might describe this event as a miracle. Like - wise, if a doctor tells a child she’ll never walk again but then, against all scientific prediction, she is suddenly able to walk, that could be described as a miracle.

If you believe in a scientific world in which things react in a certain way – like mugs smashing because of gravity – isn’t it impossible to believe in miracles? Well, no. It’s only becauseof science that we can recognise miracles. We know how things should normally react so, when they don’t, these rare exceptions to the rules appear to be miracles. When something ‘miraculous’ happens, people often want to find a natural explanation: it was a trick of the light, it was adrenaline, someone got caught up in the moment and confused about the facts. In some senses, only the person who has actually experienced the miracle is able to really know whether it was a miracle or not.

Miracles are hard to get our heads around, but if we believe in God it shouldn’t be too difficult to also believe in miracles. If we think God was power - ful enough to create the whole world, he’s probably powerful enough to perform something out of the ordinary in our lives.

The Gospels are full of stories about Jesus doing miraculous things: making people better when they’re poorly, tell - ing blindness to go away and even rais - ing people from the dead! If the stories in the Bible are trustworthy (check out youthandchildrens.work/apologetics), there’s no doubt that Jesus could make this child’s friend walk again. But do miracles still happen today?

You don’t have to believe me, but I’ve seen my fair share of miracles. I’ve seen people healed from life-threatening illnesses, and I’ve seen hardened crimi - nals’ lives completely transformed. I’ve also seen crippling addictions disappear after one prayer. So, if this child’s ques - tion was, “ Can God heal my friend?” the answer would be a resounding yes. But the real question is will he?

Why doesn’t everyone get healed?

Etched into my memory for ever is one day from a few years ago. 12 th December was the day my mum was told that, against the odds, her cancer had completely disappeared. However, on the exact same day, my best friend’s mum sadly lost her battle with cancer. What a tragic picture of the broken world we live in, where glimpses of the miraculous have broken in on Earth but life is still incredibly painful.

Clever theologians describe this situa - tion as the ‘now and not yet’. God came into the world in human form as Jesus. And, after dying and miraculously rising again, left the Holy Spirit for us. God is with us now. Miracles can happen now. People who can’t walk are able to walk again now. However, there is still a ‘not yet’ element. Sadly, some people aren’t healed.

When prayers are answered, we see glimpses of heaven on Earth and a foretaste of what life will be like in the future, but sadly we know that complete healing and wholeness won’t happen this side of heaven.

If we pray for something and don’t get the answer we wanted it’s horribly pain - ful. I will never forget the agony of hold - ing my best friend in her heartbreak. But I don’t think this should put us off praying. By praying, we draw closer to the only person who truly knows what we’re going through, who can breathe peace into our tragedy and who promis - es a future hope in which every tear will be wiped away. We may not always get the answers we so desperately want, but we do have a God who draws alongside us and holds us in our pain.