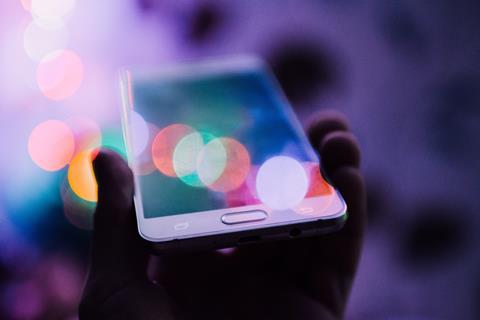 Smartphones and the attention they demand from us are among the plagues of modern living. From digital native millennials to their baby-boomer parents, no one is immune.

But unlike the kitchen appliance that sits passively waiting for us to use it, the mobile phone demands our attention, and we are usually more than willing to oblige. Recent research from Deloitte found that one in three UK adults check their phones in the middle of the night. One in ten of the smartphone owners confessed to grabbing their phone as soon as they woke up, rising to a third checking it within five minutes of waking. Around a tenth of the participants admitted to using their phones “always” or “very often” while eating, both at home and in restaurants, and instant messaging and social media were listed as the most popular activities.

Should Christians give up the temptation of technology? I know families that have done this, but it’s certainly not for my family. We think it’s necessary to live in the world we inhabit, not outside it. We have to be part of society and not stand on the sidelines trying to throw clogs into the machines of change.

Four years ago we decided, as a family, to give up the internet for one day a week. Why? Because one Sunday I looked around and the whole family was on some sort of gadget, each in our own little world. I had a ‘dad moment’, marching into the hall, disconnecting the internet, switching off the computers and removing all the phones, tablets and gadgets I could get my hands on.

There are six in our family. My wife Caroline and I have four children – Ben (19), Gabriel (16), Jessica (14) and Noah (8). When I cancelled technology for the day I was expecting a little fallout, but nothing like the cataclysmic tantrums that followed. We have four years of experience of this now. With around 250 Digital Detox days under our belt since our shaky start we’re a whole lot closer as a family than we used to be, not to mention healthier, happier, safer and smarter.

As a parent I set an example, and as a society we’re causing a cycle of neglect by teaching children that they have to compete with gadgets for attention, all the while providing the illusion that having a smartphone is necessary for survival.

I was probably the most addicted to the internet. This is something I had trouble facing up to until one morning when I was preparing for a business trip to Germany and my phone requested an update. As I collected my bags and placed them in the car, I returned to get the phone only to find that the update hadn’t worked properly, and I’d lost all my apps, games and emails. I’d love to say I responded calmly and rationally, but I threw a hissy fit worthy of a hormonal teenager.

My tickets for the flight were lost. So were my email instructions for the taxi, the hotel directions, my e-books and my news and weather. How could I cope without these things?! Running madly to my laptop I printed out the flight tickets, ran to the car and started the hour-long drive to the airport while continuing my tantrum.

Retrospectively, it was a truly embarrassing episode. I was shaking, yelling and stressed when the reality was that my laptop contained all the information I needed. My smartphone was reduced to the role of telephone for a couple of days, but the world had not stopped turning.

The fallout from that first Sunday when I switched everything off confirmed my fears that I wasn’t the only addict in the family. But with our gadgets placed in a box and the router unplugged we had to find a way to distract everyone from their withdrawal symptoms, so we made a list of things we could do that didn’t involve technology. We came up with lots of good options, including cinema, swimming, cycling, gardening, church and pub.

Our church starts at 10:30am and runs for around an hour and a half, depending on the mood of the band, the congregation and the amount of cake served afterwards. It’s tough to catch up on Facebook and sing, and few people seem to feel the need to tweet about the preaching. So church makes an excellent, mindful, tech-free start to the day, and without the gadget temptations at home we actually get more of the family joining us.

Most of the time I leave church feeling challenged and thoughtful. I walk out appreciating the fact that I took a few hours out of my day to focus on my spiritual well-being. But before we started our internet diet I couldn’t wait to grab hold of the phone and start catching up on the virtually connected world. The rest of the family would typically follow, and before long we would have lost the unity that church had brought about and would all be pursuing our own interests.

As Christians, we know we need to listen in order to hear God’s voice, but the noise of life works against that. The modern term for this inner quiet is ‘mindfulness’, and there are huge mental health benefits to focusing on your inner thoughts and keeping the outside world at bay for a time.

A few years ago, at a service held in St George’s Chapel Windsor, we heard a sermon about social media. One thing the priest said stuck with me: “We are so focused on managing how we appear to the outside world that we forget how important it is to focus on our true, inner self and our relationship with God.” Christians are meant to focus on their internal relationship with God, and expressing that in thought, word and deed. Prayer, contemplation, reading and mindfulness underwrite an attitude to others that should be in line with the positive messages of our faith. So, did we give up the gadgets every week and take a tech-sabbath just for godly reasons? No. Our motivation was a great deal more selfish, dictatorial and parental.

We recognised that the amount of time our children were spending online had formed an addiction, and no parent wants to encourage that. But most of us tolerate it as part of the modern world. We accept that there is no choice; that the internet is essential to our survival.

We don’t want our children to be outcasts at school. When I was growing up there was a family near us that didn’t have a TV because they felt it was a damaging influence. My view is that the absence of social touch points actually had a negative effect on their ability to relate to their peers.

As adults we have a choice about what food we consume, but we usually choose to ignore our inner 10-year-old’s wish to live on a diet of sweets and lemonade. Instead, we know that moderation is the key to a healthy and fulfilled life. We enforce this moderation on our children. If we saw our children ballooning in size we would hopefully step in and do something about it.

So why do we stand by and allow this addiction to the internet? Our desire to fit in with society has given rise to a compulsion to possess the latest smartphone and a decent data plan. This has fed our hunger, and the more we do the things we like (such as indulging in technology) the more we want to do it. Our natural curiosity amplifies this, and before we know it we’re part of a mental arms race to do more, see more and search for that ‘bigger hit’.

By accepting that I was addicted to the internet it became easier to see that our children were heading down the same route, and neither Caroline nor I wanted that to get any worse. So the gadgets go away at night and on Sundays. This has taught us that we can manage without them, and that has made it easier to resist the addiction.

It’s amazing how creative things can get in our house without the internet. A few weeks ago Jessica decided we should all go for a picnic and baked scones all morning. We packed them together with some jam and cream, a picnic blanket, some lemonade and a bottle of prosecco, and headed off for an afternoon at Cliveden House.

Our family’s National Trust and Blenheim Palace cards are the best investments we have ever made. We take lots of fantastic photos on our phones to remember the day by, but we don’t share them right away. We stay in the moment, then post some for our family to see the following day instead.

Caroline has been designing circular walk and children’s adventure booklets on behalf of the Chipping Norton Deanery, and we’ve been exploring new places and boosting our step counts as a family. Thanks to the booklets we haven’t needed to use a phone as a mapping device, and we’ve also managed to dig out some old Ordnance Survey maps to teach the children basic orienteering skills. I realise this sounds a little Famous Five, but climbing over trees, streams and hedges together is a lot of fun, and does make finding new pubs that bit more rewarding!

Bad weather doesn’t make outdoor pursuits as attractive, so we’ve put a back-up plan in place to avoid the inevitable “I’m bored” chorus. These are the days when we have to be extra creative. The board games come into their own, and although playing Monopoly or Risk is not always conflict-free, we’ve found some great alternatives such as Ticket to Ride, which, coupled with a gin and tonic, makes a great way to spend an afternoon.

All our weekend jobs also get done more quickly. Asking the children to mow the lawn, collect the eggs, walk the dog or empty the dishwasher is met with a lot less resistance, and we only have to ask once instead of competing with the gadgets for attention.

And we allow some exceptions. While the internet is off limits for personal use, if we all decide to watch a film together we’ll stream one to the TV. Given the chance, the children used to binge watch whatever they liked, wherever they liked. Watching together is key.

We’ve noticed huge benefits within our family. We’ve seen a lot less of the stereotypical teenage behaviour, improved social skills, better grades at school, boosted creativity and an improvement in our children’s physical and mental health.

We feel closer to God. We’re sleeping better. And as a family we are mentally and physically healthier. The addiction is now broken, but it wasn’t an easy journey. I wrote Digitox to help others handle the same challenges we faced.

We should be encouraged that Jesus’ death and resurrection conquered not only sin and death, but also the grip temptation has over us. As Paul reminds us in 1 Corinthians 10:13 (NLT): “God is faithful. He will not allow the temptation to be more than you can stand. When you are tempted, he will show you a way out so that you can endure.”

This article first appeared in Premier Christianity magazine. For a free sample copy of the latest issue visit premierchristianity.com.