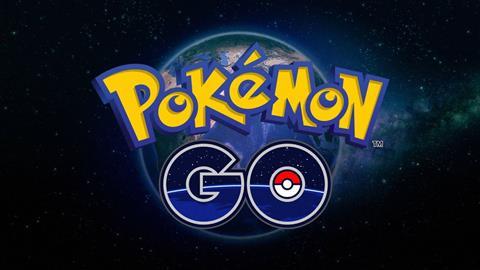 Here are some genuine news stories you may have missed:

Here’s the thing: one of those stories isn’t even true, and I bet you can’t tell which one. Yep, Pokémon Go has become THE cultural fad of 2016: the Rubix Cube for the Twitter generation, the internet’s Yo-yo, the post- Brexit Tamagotchi…

Just in case you’ve been watching episodes of Celebrity Masterchef on repeat for the last six weeks, here’s a quick primer on what Pokémon Go is: well, it’s Pokémon played out on a smart phone, isn’t it? Your mission is to ‘catch them all’ on your phone, with the 21st Century twist being that they’re dotted all over the world, in real places – you have to get up, off the sofa, out of the house, in order to catch them all. They’ve combined augmented reality with nostalgia to create a very 2016 success story.

These trends inevitably lead to my newly-patented ‘stages of a fad™’: denial (it’ll never catch on). Confusion (what is it? And kids are doing this…? Why?). Anger (how dare they? We didn’t get to catch Pokémon in our day! We had to trades cards with our friends IN THE RAIN! They don’t even talk to each other anymore, this is the start of a slippery slope which will only end in the total destruction of life as we know it). Worry (are these Pokémon some kind of idols designed to tear our children away from Jesus? What if they never talk to us again?). Acceptance (have you tried it? It’s actually pretty good! No, seriously, it’s not just for kids…).

Obviously, the news stories are a mixture of tragic (someone being shot!) to downright idiotic (job quitters, 999-callers, eBay-buyers…), but then out of nowhere, a possible game changing headline appeared: Psychologists have claimed that Pokémon Go can help treat depression.

Wait. What? Let’s read that again. Psychologists have claimed that Pokémon Go can help treat depression. Is this… real? Well, yes, it turns out. Dr John Grohol, an expert in technology’s impact on human behaviour and mental health said this:

‘The challenge has always been, if you’re depressed, your motivation level is non-existent. So, you want to go out and get some fresh air, or even take a shower, and it can be a very difficult thing to even comprehend, much less do. I think the impact of something like [Pokémon Go] can really be beneficial. The research is really, really clear on this: the more you exercise, the more it would help decrease feelings of depression. It actually works as an anti-depressant and it has a really, pretty strong effect. It’s probably one of the most beneficial things a person with depression can do, especially if they’re not accessing other types of treatments, such as psychotherapy or medication.’

This isn’t just one man’s opinion, the internet is full of people reporting the positive impact it’s having on them:

@uglycatlady
Real talk - as someone with anxiety / depression, the fact that I’ve spent most of this weekend outside with friends is unreal. #PokemonGo

@TheBabyWitch
Srsly though, I haven’t felt this comfortable leaving the house in years. #PokemonGO is helping with my anxiety & depression & it’s amazing.

@Brandon21Evans
I’ve made so many new friends with #PokemonGO, it’s helped my social anxiety, and I’m actually getting out. This is more than just a game.

One of the worst things about growing up is not only feeling out of touch with the new innovations and technology, but dismissing them without really thinking about it – I never had that luxury or game, so why should anyone else? It’s as if we’re predisposed to keep the joy to ourselves. Or worse, we become fearful of everything we’ve never seen before, and try to spread that fear around. But change and innovation can be excellent. Pokémon Go isn’t going to change the world – but it’s not designed to do that. It’s probably not the next tool to revolutionise youth ministry (but shout out to those youth workers whose churches are Pokégyms or Pokéstops, or those dropping ‘lure potions’ near where their youth work is going on). But not all innovation has to be. It’s getting young people out of the house (I’ve never sounded more like my grandparents), it’s helping those struggling with their mental health and in a time where the world feels darker than ever, it seems to be creating a feel of communal joy. Just, you know, be careful of cliffs, cars and burglar alarms.

Jamie CutteridgeJamie Cutteridge is the director of With, a new Christian community and retreat centre dedicated to praying for and with young people bewith.community