Church and Monarchy Made Simple

With all the news coverage of the Queen’s passing and new King, and official ceremonies on TV, there’s a high chance that one of your children will ask questions about how the monarchy and church fit together. Andy Peck provides an ‘explainer’ so you are not caught on the hop. 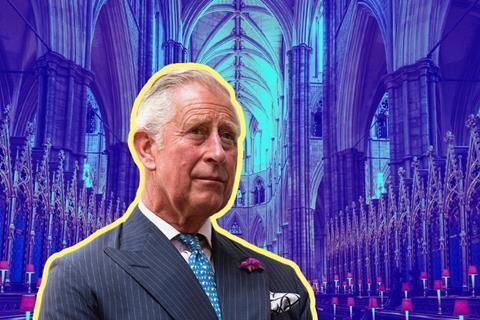 What does it mean that the monarch is the Defender of the Faith and Supreme Governor of the Church of England?

These are historic titles that go back to the days of Henry VIII who was given the title of ‘Defender of the Faith’ by Pope Leo X. In those days all churches in the west were part of the Roman Catholic Church. But Henry split from the Roman Catholic church of whom the Pope was the head. The title was later given to Elizabeth I who was proclaimed ‘Supreme Governor of the Church of England’.

So how does the monarch get involved in the church?

This is a procedural role, rather than direct involvement. The Church of England is led by appointed Archbishops, Bishops and Deans who the Monarch appoints according to the advice given. The main place where decisions are made for the Church is The General Synod which is made up of clergy and lay people.

Does that mean the monarch has to be a Christian?

Certainly the Royal Family are all baptised into the Church of England, and our Queen was clear in her faith, and happy to share it. In the 18th Century King George I, 11, III were all Lutheran. But whether any particular monarch is truly a Christian is between themselves and God.

Charles III mentioned the Church of Scotland in his proclamation speech. What’s that all about?

For more detail on this, go here: https://www.premierchristianity.com/why-did-king-charles-vow-to-protect-the-church-of-scotland/13820.article

Why no mention of Wales and Northern Ireland?

How does this affect us, we are not Church of England?

It’s true it may not directly affect other denominations and church streams, but some argue that because the monarch  promises to be defender of faith this effectively encompasses all churches. Certainly In countries where the official religion is not Christianity, Christian groups may suffer as a result, especially if the majority religion is hostile to Christian faith and practice.

Why are there so many different kinds of churches?

They largely come about because someone at some point in time believed their beliefs or practices needed to change.  In particular churches differ on the structure (who has the power), the central beliefs and how they practise certain parts of their faith. Even in the Church of England there are many different styles and emphases. But in general all Christian churches believe Jesus is the saviour and Lord of the Church and that we need to put our confidence and trust wholly in him.