Is the nativity an actual true story? 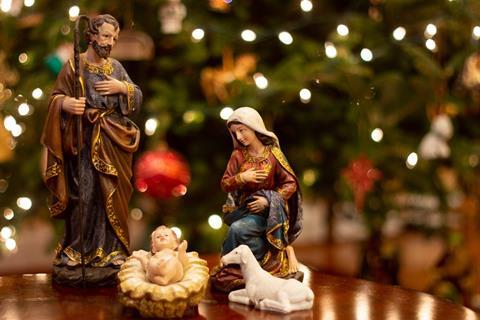 “Babies and cute animals… What’s not to love? Sure… if you like fairy stories.”

The problem with Christmas is that we know it all so well. Or at least we think we do. Most people get their ideas about the story of Jesus’ birth from half-remembered Nativity plays. Anyone who has watched 5-year- old shepherds and angels (with obligatory tinsel and tea towels) knows it’s a cute story. But that’s all it is, right? A story.

Only the Nativity is no fairytale. The reason we can believe what  we read in our Bibles about the first Christmas is that it makes sense. Here are three reasons you can trust the biblical Christmas stories:

Matthew and Luke are the two Gospel writers who include stories about the birth of Jesus, and both are good historians. If you look through the rest of their Gospels you’ll find all kinds of details about people, places and events that they get exactly right historically. So why would they get this bit wrong?

Both Matthew and Luke tell us that Jesus was born in Bethlehem, that his mother was a virgin called Mary and that she was engaged   to Joseph. Both versions say that Joseph was descended from King David, and that an angel told them to name the baby Jesus. Both say that his birth was a fulfilment of prophecy, and that it happened during the reign of Herod. And there are also plenty of other similarities.

What’s remarkable is that, although these two stories were written by different people in different places, there is so much agreement between them. In an age before email and Wikipedia it would have been very difficult to write them down independently and have so much in common…unless they both had access to people who knew what had actually happened. And that’s exactly what they say. The first chapter of Luke (verse 2) says: “Since I myself have carefully investigated everything from the beginning, I too decided to write an orderly account for you.”

However, it won’t take you long to realise that Matthew and Luke   also have a lot of differences. Some people think this means that  they can’t be trusted. For example, why does Luke tell us the story of the shepherds’ visit, whereas Matthew includes the story of the wise men? Does that mean it was all made up?

Imagine if you asked your parents to tell you the story of your birth, then went and asked your grandparents to share their memories of it. The chances are you would hear quite a few differences. Maybe your mum would tell you what time you were born and who the midwife was. Maybe your grandparents would recount their first memory of giving you a cuddle, and when Uncle Jim nearly dropped you.

It’s perfectly normal for there to be differences when different people tell the same story. In fact, it would be far more suspicious if the two Christmas stories lined up in every detail. Differences don’t mean they conflict, or that the accounts are untrue. Some people  have reasons for telling it one way and others another.

The same is true of Matthew and Luke. Matthew wants to remind his readers that Jesus is king of the nations, so he brings out Mary’s recollection of the visitors from afar. Luke wants to remind us that Jesus came for people who are dirt poor, so he includes the shepherd visitors instead. And as with any new arrival, there were probably plenty more well-wishers we never get to hear about.

We need to ask ourselves who would have made up a story like this. In that day and age, any young woman who found herself pregnant outside marriage was liable to be stoned to death. Whatever  her story, people knew how babies were made back then, and Mary’s pregnancy would potentially have brought massive shame  on  Joseph and Mary’s whole family.

Matthew tells us that Joseph planned to quietly break off their engagement but decided to stick with Mary after an angel appeared to him in a dream. Luke tells us about an extended visit to her cous-  in Elizabeth in another part of the country. It’s not hard to imagine that this was a useful way to escape the rumour of scandal that had developed back home.

We often think of the Christmas story as beautiful nowadays. Back then it would have been plain embarrassing; an awkward detail about the arrival of God’s Messiah that you might prefer to leave unmentioned.