Are you raising a Christian leader? You need to be

Teens are sceptical about today’s leaders. Andy Peck believes your approach to parenting might be part of the solution 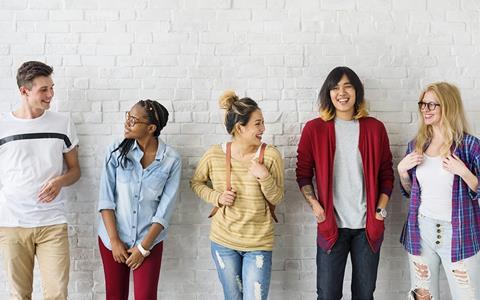 Is it really any surprise that the latest study from Barna suggests that 75 percent of teenagers lack trust in today’s leaders?

Viewed with UK eyes, the surprise is that 25 per cent have any trust at all. Those surveyed in the UK did so during the Boris Johnson years, who was ousted in part because of a reluctance to tell the truth. His leadership overlapped with a President of the US whose fraudulent claims of election rigging were the culmination of four years in office where the truth and ‘Donald Trump’s’ truth were often poles apart. But the research is actually broader than this narrow geographical frame, with some 26 nations represented, with each teen experiencing their own version of leadership scepticism as reflected in the findings.

You might conclude that two in five teenagers believing they can be a leader is down to the naivety of youth: for many would argue that leadership is, by definition, is for very few.

But the Barna (1) research gives us an opportunity to consider what leadership is and what kind of children we are raising.

1. Teach children to lead their lives

Everything from ‘brush your teeth’, to ‘tidy your room’ are commands to help your child move from total dependence on you to increasing independence. You want them to ‘lead their lives’. The mandate God gives to his first image bearers: Adam and Eve, ‘to fill the earth and subdue it’ is a command to influence their environment. The wide narrative suggests that this is part of what it means to be a ‘human’ being at all.

2. Remember that leading is for everyone

Your child is designed to be an influence of others. In social situations our lives impact others for good or ill. Some of course ‘hide’ and do all they can to diminish or underplay who they are: but your child/children have gifts and talents that the Father has given through birth and new birth that the world needs (their home, school, network of friends, neighbourhood) and your work is to discover these gifts and talents, help develop healthy self-esteem and accompanying humility (God helping you) so they can flourish. It may be leadership with a small ‘l’ as they lead themselves wisely, but it is leadership nevertheless.

Many will assume that leading and Christianity are somehow divorced, but this is a mistake. Christ calls us to follow in His way: being with him, becoming like him and doing the things he did. His whole training approach was to help his apprentices become leaders influencing others in the ways of God. Now their pivotal role as the first apostles is clear, but the Great Commission (Matthew 28:16-20) does suggest a similar pattern envisaged for all who are Christians, including you and your children. I would argue that the Gospels are in part a ’leadership manual’ with Jesus teaching the Twelve how to lead as servants of others (Mark 10:41-44).

But before you get too stressed, it’s not all down to you. Your children probably need others to work with you: a youth leader, a teacher at school, a wise family friend, maybe a peer who’s a bit further on than them. If it ‘takes a village to raise a child’ it takes a ’small hamlet’ to raise a leader! My parents were ace, but others at uni, and Bible College were part of my leadership development. So when you move from the ‘command and control’ to the ‘advise and guide’ phase (the precise age when this happens depends on the child!) you need other people who can be of positive influence. Your children may associate you too closely as a commander and controller even if in your head you have made the transition.

5. Create the conditions for vision

It is said that vision is ’better caught than taught’, but as well as believing we are all leaders with a small ‘l’, we must accept that not all are equipped or competent to be leaders of a group of people. But many will be and leaders are often people who are discontent with life as it is and develop a vision of the future that is compelling and draws other towards bringing change. You can’t tell them ‘what’ that looks like, but you can given them the foundations of character that cause them to care, a breadth of knowledge that helps them see life as it is and a mindset that says ‘…and God helping me, we can make a difference’.There’s only one Greta Thunberg  but we need many others who can have boldness under God to call for change.

If enough raise children who are leaders and have capacity to lead others, bit by bit we will start to create godly leaders who bring change. Maybe the next generation won’t be so pessimistic about leadership because they see it modelled well in your child?

(1) Barna Group released three volumes as a part of The Open Generation study on the following dates:

Learn more about the study by visiting barna.com/the-open-generation.