A new year with endless possibility 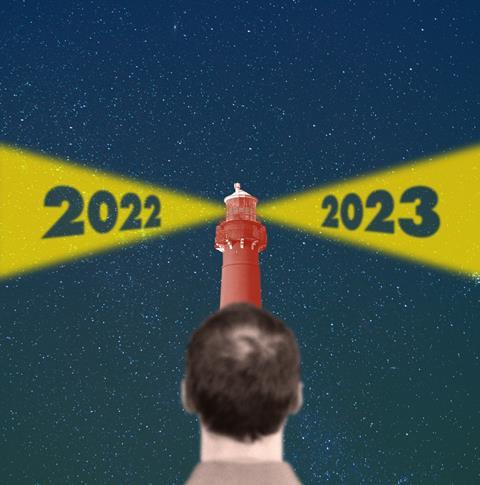 It’s a new year! It’s that time again. A time for reflection. The Church has specific seasons set aside for reflection, usually Advent and Lent. But although the church calendar starts at Advent, it is new year’s day that most of the country see as that point of new beginnings: new year’s resolutions, fresh starts, a new year with endless possibility.

But it is at this point I am suggesting we stop and look back before we move too much further into 2023. Before life gets busy again, before there is no time to look back and reflect.

And here’s my question for reflection: what are we carrying into 2023? What did we pick up in 2022 that we are carrying with us. Maybe some good things, 2022 brought new additions to the family, new life-enriching relationships, success at home and work. For our youth and children’s ministers, maybe growing children’s, youth or family ministries, increasing favour in the community, the opening up of a school that hadn’t let us in, the sheer joy of seeing lives transformed.

But it maybe wasn’t all good: the death of a loved one, relationships ending or turning sour, dreams that came to nothing, feeling let down, betrayed, hurt. And our youth and children’s ministers are not immune here either: feeling unsupported, apparent failures magnified, successes ignored, people we have helped and supported turning against us. This all leaves us feeling bruised, isolated, broken.

That’s why I suggest we take time. It doesn’t have to be a weeklong retreat – few of us have the time for that – but maybe an extra-long walk, finding an extra day to think and reflect and pray. And to make that decision: what are we going to carry into 2023 and what are we consciously choosing to leave behind? There will be things to leave behind and things that are life enriching and should come with us.

But we should take the time. Socrates is attributed as saying: “The unexamined life is not worth living.” The apostle Paul expresses it slightly differently in his letter to the Philippians when he writes: “Forgetting what is behind and straining toward what is ahead” (3:13).

And there are some big themes embedded within this. For some of us we will need to forgive those who hurt us in 2022. For others, we will need to ask for forgiveness. For some, we will need to leave some dreams and aspirations in 2022 knowing that if they are to come to fruition, resurrection is always possible. We may need to schedule time for healing, reconciliation or a time for a rediscovery of joy. All are entwined in the process of reflection and letting go and moving forward. 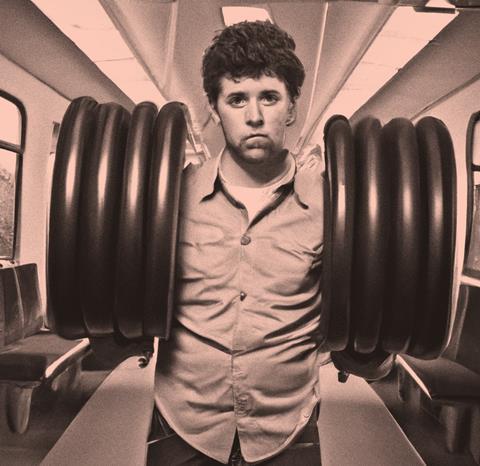 Let me reinforce the point with a modern parable.

When I first went to study theology as part of my preparation for ministry I had to travel to North Yorkshire to a place called Mattersey Hall. I had to do the journey a lot of times over the three years. But on one of those occasions, I decided to take with me a pile of weight-training equipment – a bag full of assorted weights, some dumbbells and a six-foot metal bar to put the weights on. I also had my clothes in a large suitcase. All rather straightforward for the more prosperous students with cars, a little tougher for me, travelling from my little Welsh valley by public transport!

The journey began easy enough. A walk across the road and a bus from Caerau to Maesteg. In Maesteg a change of buses for the journey to Bridgend. Bridgend was a little trickier in that it’s a mile walk from the bus station to the train station to begin the next part of the journey. By the time I reached Bridgend train station my arms were already beginning to ache and the six-foot metal bar on my shoulder was starting to make a serious dent in my shoulders.

At Bridgend train station it was an easy journey to Cardiff and then a change of trains to Bristol Parkway. I’m still carrying a bag of weights, a suitcase of clothes and a six-foot metal bar and it is beginning to cause me pain! Bristol Parkway to Birmingham New Street meant a larger train station to navigate and some luggage that really was feeling very, very heavy. The next stage was Birmingham New Street to Doncaster and then a bus to Bawtry – at least the people in Doncaster were kind enough to put their bus station next to their train station.

Finally, I arrived in Bawtry and I was four miles away from my destination. I had been travelling for 14 hours by this point. The connections were never straightforward and if you miss one, the wait was long. And of course, some of that was self-inflicted by attempting the journey on a Sunday. But I had made it. Four miles from the theological college.

It was 8pm in the evening and I was stood at the bus shelter. At 9pm I was still stood at the bus shelter when a lady walked past and asked where I am trying to get to. When I answered Mattersey, she shook her head and told me that if I was waiting for that bus, I was likely to be stood there until 8am the following morning when the first bus arrives.

And so I began the final four miles on foot. Hitchhiking down the road, but not really expecting anyone to stop for someone carrying a six-foot metal bar. By the time I was two miles down the road I really couldn’t take another step.

My arms were so long I could be mistaken for an orangutan, there was blood coming through my shirt and jumper and beginning to seep into my jacket where multiple blisters had burst. I was exhausted. I would never complete the journey. The weight of what I was trying to carry would defeat me. And finally I had no choice, I placed my clothes and the weights behind a tree near the road and I went the rest of the way free of baggage.

It’s a simple enough parable (a true parable – I remember the pain), but illustrates well the point that I couldn’t reach my destination while I carried the things I was carrying. There comes a time when we must lay things down or we will never be what God created us to be. We must learn to travel light and therefore we must learn to put some things down.

Of course, my parable has a flaw. Later that night I had to persuade a friend to drive back down that road and collect my clothes and weights. And I guess that’s one of the hardest parts. When we have eventually found the courage to lay things down and walk on without them, we mustn’t go back and pick them up again.

2023 is going to be a great year of opportunity and significant blessing. But we need to enter it well. Let’s take the time to examine what we are carrying.

Mark GriffithsMark Griffiths is married to Rhian and they have three grown up children. He has been a children’s pastor, community evangelist and a vicar, and currently works for St Padarn’s Institute where he trains ministers and curates.