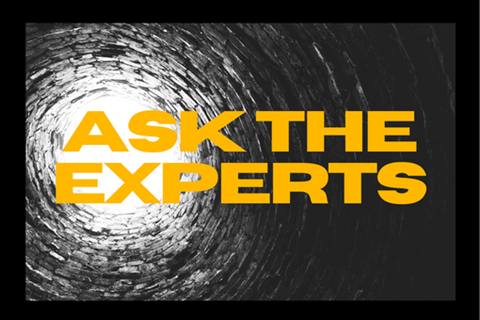 What do I do if a volunteer has been accused of inappropriate behaviour towards a child?

All organisations working with children should have in place a safeguarding policy and procedures, which should include how to manage allegations made against paid workers and volunteers, as well as a code of conduct (or ‘safer working practice’ guide) governing the standards of behaviour that workers (whether paid or volunteers) are expected to follow (If your organisation doesn’t have a safeguarding policy or safeguarding lead, this is something to be urgently dealt with. Contact CCPAS to get started.).

If someone makes an allegation about a person you work with or who volunteers with your organisation and reports them having behaved inappropriately towards a child, take the matter seriously and reassure the person reporting it that you will take the necessary action to help keep children safe. Remember that you and your organisation will want to encourage the appropriate sharing of concerns of this nature, so don’t risk falling into the trap of waiting until you think you have concrete proof before sharing your concern - this is the role of the statutory agencies as investigators.

Follow your safeguarding policy and discuss the concern with your organisation’s safeguarding lead immediately. Together you can decide whether the allegation needs to be monitored or whether it warrants being reported to your local children’s social care department via the designated officer (previously known as the LADO) or if it is a matter for the police to deal with. The designated officer would always welcome an early discussion with you about your concerns and is there to assist and guide organisations dealing with such issues involving people who work or volunteer with children. It is hoped that events like this would be rare, therefore you should not be concerned that you are not experienced in this area of work - that is what the designated officer is there for.

Any allegation of abuse or neglect including inappropriate sexual behaviour towards a child should be treated as a child protection or safeguarding issue and should be reported to the police or children’s social care without delay. Be guided by them regarding what steps to take next and ensure that you maintain confidentiality in the communications you use in dealing with the matter.

Ensure that you make a clear written record of the information that has caused your concern. Your organisation should have a standard template for making such records and guidance regarding how this should be stored and used.

Remember that the majority of people who work or volunteer with children do so with good intent and without wanting to risk the safety and welfare of children. Sadly, there are a minority for whom this is not the case. Therefore, operate with what is known as ‘respectful uncertainty’ - this accepts that without becoming unnecessarily suspicious and without making unfounded accusations, there may be the possibility that a child has, is or could be harmed by those that work with them.

How do I know if we, as a church, are being groomed?

It can be extremely difficult to identify whether a church, child or adult at risk is being groomed. This is because ‘grooming’ is a normal social process and includes many discrete acts that on their own may not be criminal or abusive. However, these can be used by someone with the deviant intention to target children and adults at risk for the purpose of exploiting their vulnerabilities and concealing abuse.

Grooming follows a four-stage process of a targeting stage, a friendship-forming stage, a relationship stage and an abusive stage, but is not limited by these stages. This is based on Finkelhor’s four preconditions model of abuse (1984) in relation to sexual abuse, but which has been expanded on over recent years as more has become known about how perpetrators operate when grooming children for abuse or sexual exploitation.

Each stage involves behaviours the perpetrator uses that seek to overcome the internal inhibitors of the person they are seeking to abuse as well as breaking down the external environmental barriers between them and the child or adult at risk they seek to abuse. These include:

This list is not exhaustive but it shows some of the subtle ways in which someone seeking to abuse a child or adult at risk works and how they groom the environment and care givers around them in order to gain access to a child or adult at risk.  Alongside these behaviours, churches can be on the lookout for actions by perpetrators which:

Seek to inappropriately extend the relationship with a child beyond what would be expected or normal for a caregiving role (for example a youth worker sharing their personal social media profile with individual members of the youth group or meeting with them outside of planned activities); Build dependency and reliance while isolating the child from his or her peers to create emotional coercion or dependence; Takes advantage of a situational opportunity to abuse where previously there might not have been an initial motivation to abuse (eg a camping trip, change in employment coupled with access to children).

The best ways for churches to reduce a risk of grooming is to have a physical environment and church culture that encourages the sharing of concerns and values the need to safeguard vulnerable people. Having clear guidance on what constitutes appropriate and inappropriate behaviour, such as a code of conduct, in place and ensuring that this is understood by all members and visitors is one way of reducing grooming. Staff should be trained on how to implement these policies and there should be clear reporting structures where church staff and members can share concerns about breeches in acceptable or inappropriate behaviours.

What should we do if we think we’ve spotted signs of neglect?

If you have concerns about the neglect of a child or acts of omission on the part of workers, volunteers, parents or carers, you should discuss this with your safeguarding lead. It would help if you are clear as to why you suspect that the child or adult you are concerned about may be showing signs of neglect. Looking at what constitutes neglect, either by consulting your organisation’s safeguarding policy, the CCPAS Safe and secure manual (available to members) or other government guidance, will aid you in establishing which signs and indicators you have observed that give you cause for concern. The definition of neglect (in England and Wales) is broad and may encompass a number of areas of concern as follows:

Neglect is the persistent failure to meet a child’s basic physical and / or psychological needs, likely to result in the serious impairment of the child’s health or development. Neglect may occur during pregnancy as a result of maternal substance abuse. Once a child is born, neglect may involve a parent or carer failing to:

It may also include neglect of, or unresponsiveness to, a child’s basic emotional needs.

If you suspect any of the above may apply, you should share these concerns with your safeguarding lead, whose role it is to make a referral to children’s social care if they consider there is sufficient evidence to show the child is at significant risk of harm. They may also decide to monitor the situation and offer some early help as part of the church’s pastoral care to support the child and their family or they may feel that a referral should be made straight away to the relevant agencies. Whatever the decision, you will be asked to record your concerns.

It is important to remember that we may not always see the full picture and that many aspects of neglect may not be immediately apparent. This is not a reason not to share smaller concerns with the safeguarding lead, but should be an opportunity to minimise the risk of a pattern of concerns that emerge over time not being put together to form a more complete picture - you may not hold all the pieces.

Once concerns have been shared and, dependent upon the severity and nature of what is known, it may be that your organisation is well placed to be a part of the support that could be offered to a child, young person and their family. Working closely with statutory agencies in this regard where appropriate can be extremely positive and send positive messages to both the child, and their family and the statutory agencies that may become involved.

What should I do if two people in my youth group have had sex and one of them has filmed and shared it?

The action to be taken depends on the age of the young people involved and the nature of their relationship and the dynamics involved that could indicate a level of coercion or control. This should always be treated as a safeguarding issue and explored appropriately involving the police, as this constitutes a criminal offence, regardless of the motivation or intent of the young people.

Where an incident involves two young people under the age of 18, this should be treated as a safeguarding issue as it involves the taking, storing and distributing of an indecent image of a child and may need further investigation by the police or social care or both. This can also be reported by the young people themselves using the CEOP (Child Exploitation and Online Protection) ‘report abuse’ button on websites.

It is important to recognise that once an image (photo or video) has been uploaded to the internet or shared electronically, whether with or without the consent of the subject, control of it has also been lost. The image may be forwarded, viewed and used by any number of people who may never have been the intended recipients. Not only is this illegal in the case of somebody under the age of 18, but it risks further abuse (including sexual abuse, bullying, threats, harassment and extortion) of those involved if the material falls into the wrong hands.

Depending on how you have been made aware of the situation and the age of the young person, discussing the concerns with them and taking into consideration their wishes and feelings about what they want to happen is probably the first thing you should do. The manner in which you might deal with this may vary - working with 16-18-year-olds will be different to working with 11-15-year-olds. It is important to advise them however, that due to the nature of the issue, you will need to share this with the safeguarding lead. Gaining their consent and cooperation in this would always be helpful, but may not always be forthcoming - reporting to the safeguarding lead, recording your concerns about the disclosure and involving the relevant agencies will need to happen regardless. Offering to support the young person in these discussions may assist them to feel that they have not lost all control in the situation and may help to give them confidence about the process that should be followed.

In any event, the young people involved will continue to need pastoral support and information including discussions about sexually transmitted infections, underage sex and online safety education, which may need to be reinforced once the relevant agencies have been involved.

For further details or support concerning working with partner agencies in such matters, refer to