Politicians call for plan to boost RE

Politicians have called for more support for Religious Education and urged the government to do more to protect the subject. 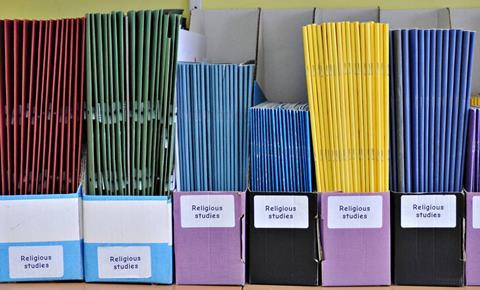 Stephen Morgan, the shadow education minister challenged the government in a speech in Westminster Hall on Tuesday, appalled about its failure to introduce a national plan for RE.

He claimed a Labour government would deliver a “well-rounded” education.

Speaking about the issue, Morgan said: “The organisation’s [RE Policy Unit] conclusion of the government’s performance for religious education was that words need to be backed up with action.

“I think an education in religion and worldviews is an important part of the school curriculum.

“But whilst members have made clear in today’s debate the importance of religious education, our schools, and the role it plays in children’s development of their understanding of the world around them and their fellow classmates, the cracks are starting to show in the government’s attempt to deliver it.

“According to analysis by the National Foundation for Educational Research Report published earlier this year, recruitment for secondary school RE teachers was nearly 20 percent below the level required to meet its target for 2022.”

The debate was called by Conservative MP Martin Vickers, who expressed concerns about the number of schools delivering the bare minimum of the subject.

During the debate, entitled ‘Religious education in modern Britain’, MPs from the Conservative benches spoke highly for the subject, including the PM’s special envoy for freedom of religion or belief, Fiona Bruce MP, as well as former RE teacher, Jonathan Gullis MP.

Mr Morgan expressed concerns over specialist RE teacher recruitment, noting from the National Foundation for Educational Research report that recruitment was 20 percent below its target for 2022.

Labour MP Luke Pollard also urged all parties to make a commitment to increase the provision for the subject in every school.

In the closing remarks of the debate, Martin Vickers requested the Department for Education needs to be “more robust” in ensuring schools were following their statutory requirement for RE.