How to speak differently to different age groups

Steve Henwood has spoken so many times to children and young people he has lost count. He has distilled his best tips into two articles. In this second one he navigates you through the key stages of giving a talk to keep your hearers engaged. 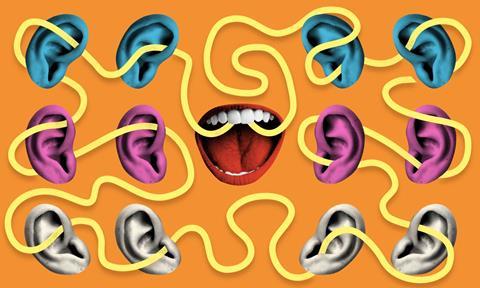 In a previous article we looked at some key points for speaking to different age groups. Irrespective of age, there are always three parts you have to deal with. Before. During. After.

1. Know the what and the why

This is central to all your prayers, preparation and delivery. Without it you are highly prone to playing Preaching Whack-A-Mole – bashing at random anecdotes, verses and things you know (or have just Googled), hoping to hit something useful.

The purpose of preaching is to address a need or problem that is relevant to your listeners. You need to be able to say (out loud): “I want my listeners to know [insert your ambition] because [insert need / problem].”

Your first few attempts at this will probably be too convoluted and will only go to show how you’re still a little vague in what you are actually trying to achieve. Saying it out loud can feel weird but it helps you hear for yourself whether that really is the best use of this time slot.

Even seasoned speakers will often start prepping with a ‘gut-instinct’ rather than articulated objectives. Being able to succinctly state your intentions has so many benefits.

It will illuminate your wrestling and shape your landing (see below). It will anchor your preparation, shape your teaching points, guide your choice of illustrations and help you avoid overloading your talk with shiny off-piste additions. It will also allow you to inspire intercessors, discussion group leaders and prayer ministry team with what’s in store.

You are not going to be their sole teacher on this topic. You are one contributor along the way.

You will likely never teach everything you know about something. Nor should you attempt to.

When Jesus stopped teaching the crowds it wasn’t because he ran out of things to tell them.

They are wondering, researching, seeking input from peers and road testing their ideas out loud to, well, anyone! Wrestling is not wrapping yourself in angst or being paralysed with indecision. At best, it is a fun, constant prayer conversation, allowing the Spirit to teach you so you can teach others.

Children’s and youth speakers have to wrestle even harder. We have to translate to a world that is no longer our own: the mind of a child, young teen or near adult. This is so often the make or break of a good children’s or youth talk.

Countless times I’ve put down my pen to walk round and round the block asking, “Ok God, what does this mean for a 13-year-old. No really. What’s this all mean for them?” 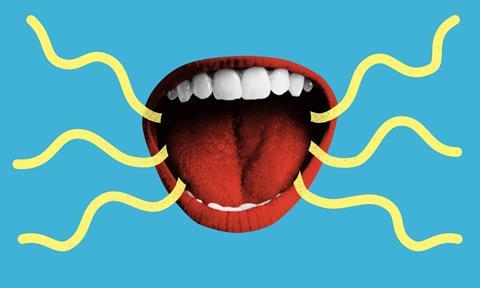 If you have minimal time, you need to at least do this.

Pilots rarely take off without knowing where they will land. Too many preachers do. They used up their preparation on the brilliant opening illustration, looking up some great Greek words and sorting the middle teaching block. They obviously then ran out of time because now they are circling round and round trying to figure out how to finish.

Write your last sentences first. You may find you need to go back and modify them as your talk takes a different shape, but always have that effective, clear ending ready, ideally memorised. Not sure how to end?

Try this tip – say: “In the end, remember this…” and then see if you can conclude your key point(s) in less than 20 seconds. Can’t do it now? You won’t do it then. Can do it now? Great, you are already equipped to finish your talk at any given moment. (Particularly handy when a spontaneous nose bleed, visiting wasp or smoking projector requires you to wrap up early).

Video clips, visual illustrations, funny stories and powerful testimonies can all make for a great youth talk. But just as you can’t teach everything (see above), nor can you use everything.

Professional writers use the phrase ‘kill your darlings’. It means be prepared to let go of the bits you most love, even the bits you’ve spent hours crafting. Stripping out your ‘darlings’ is a regular discipline to sermon preparation. Just talking faster is not the solution. Believe me I’ve tried.

Rehearse. Rehearse out loud. If the first time you are saying your talk is when you are actually delivering it, you will already be on the back foot. Also, don’t leave your practising until after you’ve finished prepping.

I speak differently to the way I write. Too many times I’ve wasted hours crafting a talk silently at the computer, only to find out in the run through that it is just not how I would say it. Some people like to write things verbatim, others prefer the barest of reference points on paper. Whatever your inclination, talk it out loud (whisper if in the coffee shop!) as you prep. Then rehearse fully.

During – delivering the talk

It’s my observation that those who have honed their speaking skills for years in the arena of children’s ministry or youth ministry are usually engaging to listen to in any arena. It doesn’t guarantee their content, but they will be adept at keeping your attention. Why? because losing the attention of children or youth has more consequences than the polite ‘screen-saver face’ you get from adults.

Live audience comedy shows have a warm-up act. Why? Because what happens before the event matters. I’ve lost count of the assemblies where an overworked, hungry and frazzled head of year administers a seven-minute verbal beating to every student in the hall for whatever totally unacceptable behaviour took place earlier, before politely welcoming me on to share something positively meaningful!

Don’t overlook where you will be launching from. If you have control over this, plan ahead. Have they already be sat down a while? Shift things around. A high-energy game can work for all ages but don’t forget drinks or they will all now be wandering off complaining of thirst.

Worship can be an ideal lead-in but not if worship is a separate challenge you are working on with this group – choose your battles for each session. (By the way, worship is vital in its own right, it’s not solely the warm-up to preaching!)

The preaching zone operates like Narnia time. Time goes slower where you are. What feels like a couple of minutes for you up there is eight minutes in the real world. (You’ll have realised that more if you rehearse.)

Have a stopwatch or clock in front of you and keep to time. Over-running? That’s OK. You’ve already planned your landing (you did do that bit, didn’t you?). Kill some darlings, jump ahead and land. 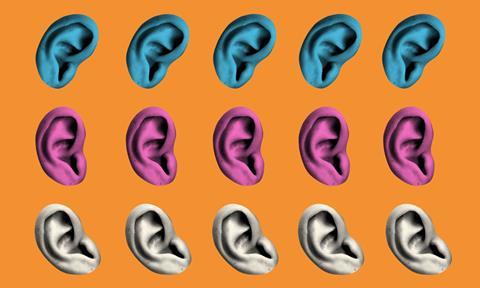 It’s often said a rule of thumb for concentration is two to three minutes per year of their age (for example, an eight-year-old will give you 16 minutes). It’s not a bad gauge, though I’ve found it has a lot more to do with the way you shape and deliver the content.

There are ways of extending your time. Getting them to stand to do actions related to the talk, or even simply have a stretch will buy you some extra energy. If you have other leaders to support you, you can break up the talk with one or more smaller group activities before continuing.

This is the model used in the current Youth Alpha videos. The break doesn’t need to be a deep discussion, it can simply be a fun, interactive quiz or icebreaker question.

Where you use discussion questions it can be an opportunity to join in with a group to hear what they are saying and asking. This allows you to gauge whether you have pitched your material correctly and recalibrate for the next part.

Speaking at a youth conference in Kenya, I noticed how the bishop would keep them engaged by dropping lines from songs into his talk and then spontaneously start singing them. Everyone would stand and join in for 30 seconds before he settled them down for the next 25-minute slot! I’ve yet to try this with Brits…

Really speak. Use pace, and dynamics, persuasive tones and lively interjections. Your adrenalin is running, there is a sea of faces staring at you and host of other reasons for you to garble. Don’t. Slow down and smile (it’ll reassure them but also help you relax).

5. More than just the words

Much of this involves knowing your talk well enough that you can regularly step away from any notes you have.

This is one of the most neglected parts of doing a talk. The afterwards.

Firstly, there is the immediate afterwards. You’ve wrapped up, stepped down and the session moves on. A key discipline is to stay done. Too often preachers will use the follow-up spaces to keep going, slipping in extra bits where they don’t feel they quite said enough.

The response prayer turns into an extra four-minute teaching supplement, follow-on activities become subtly hijacked with extra thoughts and anecdotes. Complete or incomplete, good or bad, your talk is done. Keep it that way.

Then comes the real afterwards, after things are packed up: how you respond after. It takes it out of you.

Once you are done everything is handed over to him. It probably wasn’t as bad as you think but even if it was, if God can use a worm (Jonah…) he can definitely make use of your apparent car-crash of a talk for his glory. You have sought to serve these children and young people for Jesus. Thank you.

Their excited / bored faces, the laughter / tumbleweeds at your jokes, the responses / silence are possible indicators of how it went but your success isn’t measured by these.

Get prayer. You’ve given out. Be prayed for.

Steve Henwood is the children’s and youth minister at St Paul’s Church, Dorking.