What happens when you die? 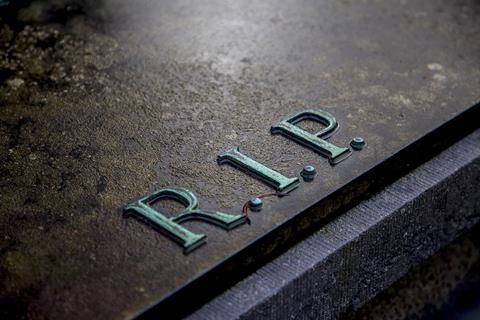 “What happens when you die?”

“Lights out. You rot in the ground.”

“But what about our souls?”

“Souls? You don’t believe in that nonsense, do you?”

Doctor Strange is one of the most interesting films in the Marvel franchise. Benedict Cumberbatch plays a brilliant but self-centred neurosurgeon who hits a crisis of meaning after a terrible road accident leaves him unable to use his hands.

Fearing the loss of his career, he searches in vain for a physical cure. His quest for healing leads to the door of a female mystic named The Ancient One, who tries to convince him that science is not the only way of understanding the world. He responds angrily with: “There is no such thing as spirit! We are made of matter and nothing more. You’re just another tiny, momentary speck within an indifferent universe.” She soon proves him wrong.

Doctor Strange is a man of science who not only comes to believe in an unseen spirit realm, but that we were made to live for more than ourselves. The idea that there is more to our existence – a soul intertwined with our physical self – has been around as long as humans have. However, many people claim science has proved that we are nothing more than our physical bodies.

One of these is atheist philosopher Daniel Dennett. When he joined me for a debate on The Big Conversation with Christian thinker Keith Ward, he argued that our belief in a non-physical ‘me’ is a “user illusion created by the brain”. A trick of the mind, you might say. So when our bodies die, is it just ‘lights out’?

Many have suggested that science itself points to a soul that survives death. Studies of ‘near-death experiences’ feature stories of people who, having been unconscious on the operating table, later claim to recall seemingly impossible events. Could this be evidence of the spirit leaving the body? There are even people who have converted to faith after claiming to have visited heaven (or had a vision of it).

These experiences should give us pause for thought at the very least. Science can tell us many things about physics, biology and the way our brains work, but people’s experiences often point beyond the physical.

I have a friend who became an atheist at university having been hit by many questions about his Christian faith that he didn’t have answers for at the time. However, as time went on he began to doubt

his unbelief. He says: “I remember one occasion when I nearly lost my atheism simply while listening to a Beethoven symphony and watching the sunrise over Sydney Harbour.” There was something about his experience that he simply could not boil down to mere chemistry in the brain. The questions provoked by his experiences led him on a journey back to faith.

On The Big Conversation, Keith Ward challenged Daniel Dennett’s belief that there is no soul. Human experience cannot only be the product of our physical brain, he argued. Yes, the brain affects how we feel, but our conscious experience – touch, taste, sight, smell, thoughts, memories, desires and personality – these things can’t be reduced to brain chemistry. Our sense of self isn’t an illusion. We are more than matter.

Like the fictional Doctor Strange, both Keith Ward and my ex-atheist friend have come to believe that we are more than just a lump of stuff that happens to move, breathe and reproduce. The fact is, people have always longed for meaning beyond physical life. Is that just another illusion? I don’t think so.

So do we cease to exist after our physical bodies die? Christians believe that we are both physical and spiritual, and that heaven is a future reality where God will make all things new, including us. It is a place where the spirit and body will be reunited, and God has made away for us to enter that new reality through Jesus.

As Doctor Strange discovered, the science of the physical world is only one dimension of experience. What if there is more to reality than we can imagine?