To some, ‘was Jesus white?’ is a stupid question, right up there with ‘do birds fly?’ and ‘is grass green?’ But to others it is vitally important. 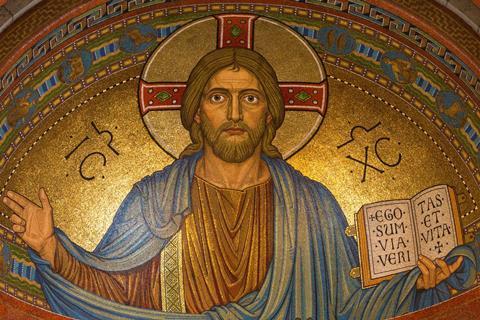 Why is Jesus always white?

I’m Pakistani and I still see him as white.

To some, ‘was Jesus white?’ is a stupid question, right up there with ‘do birds fly?’ and ‘is grass green?’ But to others it is vitally important. In fact, no other point in history has seen more books published on what Jesus looked like. Was he white? Was he black? Who was he? Who is he?

On one level, we should not be surprised that Jesus’ question “Who do people say that I am?” (Mark 8:27) has taken such a superficial turn. The colour of a person’s skin is just that: superficial. However, we are living in superficial times, with a person’s value often defined by their Face - book profile and Twitter comments.

That said, there are deeper issues at stake, like racial discrimination. The slavery of Africans on the basis of skin colour, and the struggle for black people to gain equal rights has prompted some to ask: who does Jesus represent? Does a white Jesus only represent white people? Does Jesus under - stand suffering? Is Jesus for me? Colour has become more than mere colour. The debate is also about identity.

This is relatively new. Historian Bernard Lewis noticed that immediately after the death of Muhammad, descriptions of people in Islamic writings became narrowed to mainly ‘black’, ‘red’ and ‘white’. esus is largely described as white and red. Muhammad is described as a “white man” and there is a warning that: “Anyone who says that the Prophet was black should be killed.”

This is so different from biblical descrip - tions, which generally relate to a person’s nation and tribe. We know Jesus was a Jewish man, born and raised in the Middle East. His colour, however is not mentioned at all!

Isaiah, a man whose God-inspired writ - ings pointed to Jesus, stated: “He had no dignity or beauty to make us take notice of him. There was nothing attractive about him…” (Isaiah 53:2). What Jesus looked like was never important in the Bible. Isaiah goes on to say: “He willingly gave his life and shared the fate of evil men. He took the place of many sinners and prayed that they might be forgiven” (Isaiah 53:12). The focus in the Bible is always on who Jesus is and what he came to do.

The God of the universe, who keeps the world spinning and our hearts beating, is the source of everything we need and can satisfy our deep desires for belonging and purpose; for feeling right on the inside. Only with God can we know true love regardless of appearance, yet our disrespect, both for God and each other, is a barrier. Jesus is the link between us and God. He saves us by taking the punishment for our disrespect and making us acceptable to God.

Jesus is crucial to everyone because he can represent everyone.

It’s no wonder that this good news has attracted and inspired millions of people around the world; not just those of one particular colour.

It follows that if you grow up in a place where European culture plays a significant role you are likely to see pictures of a white Jesus. But my Ethiopian friend grew up thinking Jesus was black! I don’t think God really minds either way.

What God cares deeply about is that we understand something of his profound love for us and our intrinsic need for him. That’s the heart of the Christian message and it applies to all of us, whatever our colour.

Sarah LumgairSarah Lumgair is a volunteer youth worker, researcher, teacher and apologetics speaker. From her engagements at Speakers Corner and Christian/Muslim dialogues, she has developed a passion to equip Christians to confidently engage with Islam.