TV presenter Dan Walker has a mobile phone contract with his children. Should you do the same? 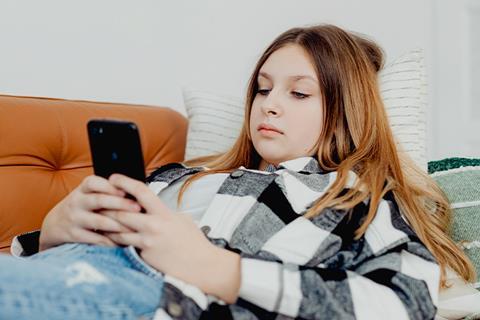 Before Dan Walker’s children are allowed a mobile phone he gets them to sign a contract outlining its use and their responsibilities including promises about the use of social media apps and keeping them downstairs at night.

This is according to a piece in The Sunday Times on 9th October, where Dan Walker outlines his reasons why he thinks that is necessary for his two girls (aged 15 and 13( and a boy aged 11.

As a Christian Dad he has particular concerns at how access to the Internet via the phone means a world of evil is suddenly just a few clicks away. But in the light of the inquest into the death of Molly Russell he and his wife Sarah are clearly also concerned with content and messages that might indicate a fixation with a particular topic.

In the Sunday Times article, Walker said: “How do we best arm our kids to deal with the toxic landscape they sometimes have to live in? We need to teach our children to be resilient, to realise that it’s OK to feel stressed and anxious, that it’s normal to feel worried about an exam, a boyfriend or girlfriend, or what someone has said about you on social media.

“There is no break for this generation of children. Issues like bullying don’t stop at the school gates. It can be a non-stop, 24 hours-a-day, build-up of pressure. There can be no release and no let-up.”

Is Walker right to take this approach. Might this be one that would work for you?

Let’s consider the ‘pros and cons’.

1. The Internet is having negative effects – this is doing something about it.

In a piece written in 2018 entitled: ‘The tech moguls who invented social media have banned their children from it’, Olivia Rudgard outlined how Bill Gates and Mark Zucherberg have sought to limit their children’s screen time. They know how dangerous social media and addiction to the Internet can be

In ’How does the Internet affect brain function’ neurologist, Rawan Tarawneh suggests that excess use of the Internet over prolonged periods of time may negatively affect some congitive functions, particularly attention and short-term memory.

This plan is helping our children moderate their use and saving them from the worst excesses.

2. This is teaching children the importance of boundaries

Having a contract is teaching reponsibility and if your children learn the discipline of the restrictions imposed they will hopefully become people able to deny themselves in other areas of life: for academic success and we trust spiritual benefit.

3. This provides an opportunity for connection with your children

The Dan Walker style ‘contract’ includes a regular review of what’s being looked at and what apps might be desirable. This regular touching base could be beneficial. Youe  child is unlikely to understand why some apps are inappropriate or could lead to trouble in the future. You will have the chance to share your instincts about why material that looks so ‘glittery’ has a dark underside

There are cons though:

1. With some children this will become a battleground

Children of a certain temperament and particular age seem to revel in attacking any authority. You know that your child will get to see whatever they want to see if they truly want to. So why create a potential conflict which you cannot ultimately win?

Contracts have value for all children of course but for the Christian child, maybe already teased for their church attendance, their inability to connect and keep up with the latest apps will make it even harder to fit in. You have just given them a source of shame and heartache. Who wants to admit that they have a ‘contract with their parents’!

3. You can use restrictive tools instead

There are tools that can assist you in monitoring use without needing to resort to such a draconian measure as a contract. We had one for our boys which worked reasonably well. Put these on the phone to block certain sites, and talk with your child about what’s appropriate. Click here for suggestions:Apps

Remember you are the expert on your children and what you think is appropriate. Consider the situation prayerfully. Whether you adopt Dan Walker’s approach or not, one thing’s clear: you can’t stand back and do nothing. A generation ago, people thought smoking tobacco was fine, only to later discover that it was slowly killing them. We already have signs that the technological revolution have left our young people more upset and distracted than any generation. For their sake, and their spiritual future, do something!