Till - facing an ugly truth. How should Christian families respond?

Charles Merritt believes this ’tough watch’ is well worth it. 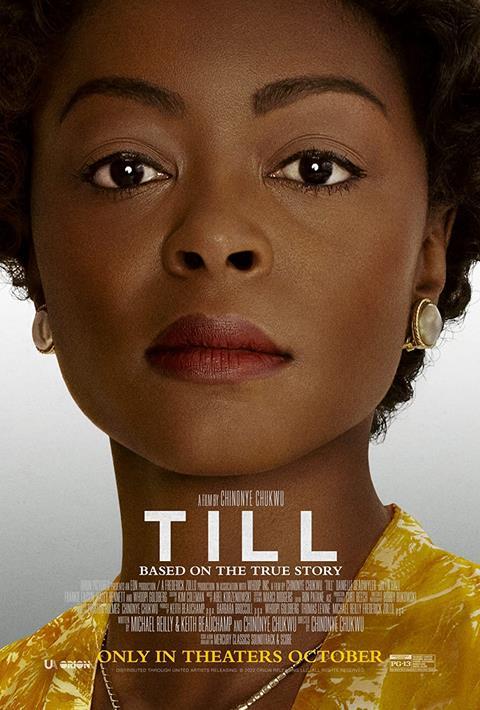 Overview: The real life story of Mamie Till-Bradley who, through seeking justice in the lynching of her 15 year old son, ends up becoming a significant part of the Civil Rights Movement in 1950s America.

This is a harrowing tale of racial injustice and one that reminds you of how far we have come and yet how far we still have to go when it comes to racial equality.

The performances are gripping. In particular, Danielle Deadwyler is a powerhouse in her performance as Mamie Till-Bradley, expertly balancing the grief and stoicism of someone who realises that her loss needs to be publicly known and shared.

During the opening scenes, as we are introduced to Mamie and her son, Emmett, there is an eerie sense of the danger that is to come. It keeps you on the edge of your seat.

After Emmett’s death, there is a scene in which Mamie holds an open casket funeral for her boy. His body has been brutally beaten, to the point in which its unrecognisable except to the child’s mother. Mamie’s fiancé tells her that Emmett is in no kind of shape to be seen by anybody. She replies ”He’s in just the right shape.”

As someone who is rather squeamish, I peered through my fingers when we were first shown the body. During the funeral scene, a family member says they also can’t look at the body, Mamie tells them: ”We have to.” At that moment, I forced myself to look. How often do we look away from images we find too disturbing and force ourselves to live in ignorance? It’s easy to ignore the things we close our eyes to but Mamie Till-Bradley knew that by forcing people to see her child’s broken body the truth would be seen - hatred can never be tolerated.

What you didn’t like: The film doesn’t have a happy ending. That’s not a criticism of the film, it’s a criticism of the justice system of America in the 1950s. There’s also a bit of information at the end of the film that kicked me in the gut - there’s still a way to go for us in the 2020s.

Thoughts for parents: It’s a tough watch. I was a mess throughout, crying and full of rage. But it’s important to watch these kind of films. I’m not 100% sure how historically accurate it was - most biopics aren’t - but it doesn’t mean that the message and the truth of the film aren’t worth exploring.

Jesus was not blind to injustice. He did not falter from looking into the eyes of the oppressed or those who had been outcast by society. He looked them in the eyes and showed them the beauty and grace of God.

Of course, it would be ignorant to suggest that racism in America and even in the UK has completely disappeared. It still exists. What are we, as disciples of Christ, doing to prevent it? Do we speak out enough against it? Do we show the love and grace of God equally to everyone or do we find it easier to show it to those who are similar to us?

Mamie Till-Bradley’s faith is on full display in the film. Not just when it gives her the courage to fight against the injustice but also when it is brought into doubt after the horrific loss of her only son.

Life isn’t always an easy road. How does our faith sustain us in the moments when it feels like our whole world has been thrown into turmoil?