The verse in Proverbs that has scared a generation of parents. How to understand it and learn from it 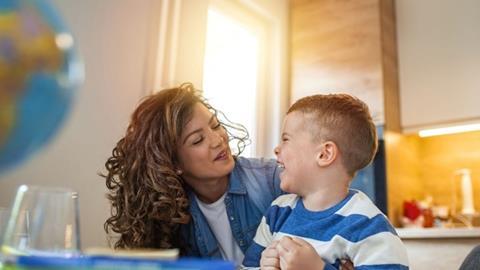 ‘Start children off on the way they should go, and even when they are old they will not turn from it’ (Proverbs 22:6).

When it comes to the subject of ‘frequently misunderstood verses’ this one is right up there!

Sadly the misunderstanding has created crippling pain for parents and carers who have read the verse to mean that the start they gave their child determines how they will be when they are older, an idea made more explicit in the Authorised Version of the Bible which a previous generation of parents knew as ‘Train up a child in the way he should go: and when he is old, he will not depart from it.’

So many parents who see their children drift away from faith, ask: ‘where did I go wrong? ’Have I let my child down?’

So how are we to understand the verse?

The first rule of interpreting any verse is to ask what kind of literature we are reading. Remember the Bible is a ‘library’ of books of different kinds of literature with some books having different styles used even within the same book. Law is interpreted different from narrative. Poetry is different again. Prophetic books have their own rules and often include poetry, metaphor and symbolism. Even the Gospels, more familiar to many, are a particular genre. The genre tells us how to read and interpret a verse (just as you instinctively read a text from your son differently from a mortgage document or a shopping list).

The book of Proverbs is a collection of wise sayings that outline how life typically works in many areas of life: from finance to relationships, from your emotional life to morality and much more besides. For example there are many proverbs that say that if you are lazy you are likely to be poor; and others saying that if you are unkind to others you won’t have many friends. But outlining how life typically goes is not the same as laws which say how life always goes and therein lies the misunderstanding.

It is true that many Christians had a Christian upbringing and have carried on the faith. I would be an example of this. In this website we are aiming to encourage Christian parents to bring up their children in the ways of God because we believe it is a vital part of a child or teen’s development, and helps ensure the next generation of the church is strong.

But you know that not everyone brought up in the faith carries it on. You will know some examples of this. There are pastors and Bible teachers that the church regards as anointed and used of God who have children that no longer believe. It is a source of great sadness of course, but not something that can be laid at their door.

Furthermore, although Jesus had no natural offspring, you will recall that even one of the Twelve, Judas Iscariot, who received the very best ‘training in the faith’ from the Master himself, did not continue following him.

So it would be foolish to draw comparisons between your child’s attitude towards God (whether they are under your rood or have left) and the way you sought to pass on the faith to them. There are too many other factors at play (notably their own choices) for there to be a clear correlation.

But what if I have messed up?

Now of course you may be reading this and are conscious that you did mess up in some way. You take my point about how proverbs work, but you know that relationships have broken down and part of your child’s journey away from church seems to be down to you.

A few things to say.

1) It is still your child’s choice to be away from God. No matter how a parent has messed up, the goodness of God towards them is real and they are preferring their way to God’s even if they may choose to blame a parent.

2) You can express any regret to them and ask for forgiveness. That may seem like a tough thing to do, but telling them that you feel bad for any ways you may have let them down growing up could be helpful and might open up conversation.

3) You can continue to pray. Having said that this verse is not a law, it is also the case that many do return to the faith later in life, sometimes when they have children of their own and realise that they do want them to know Christian values. The story of ‘The Prodigal Son’ is in the Bible for a reason, and praise God that his arms are open wide as he readies himself to embrace all. For now your role is to pray, love and see what God does.

But whatever you do, don’t live in guilt and condemnation. Romans says ’Therefore, there is now no condemnation for those who are in Christ Jesus, (Rom. 8:1 ) That’s a verse that is always the case, and you can rely on going forward, whatever you have or haven’t done.