The day we decided our family culture had to change 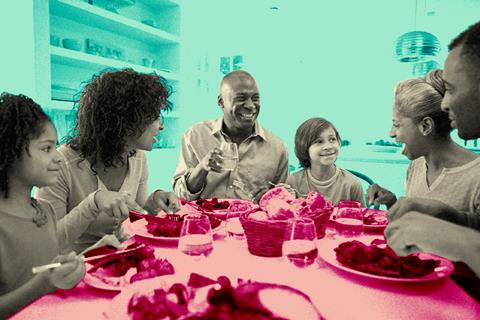 It was early one Saturday morning, I was in that state between sleep and awake where you are warm and cosy and know that if you just turn over and get comfortable you could drift back to sleep for a snooze, when there was an angry yell from the living room. All hope for a lie-in vanished as I sat bolt up-right in bed. The yelling continued, angry words like “shut-up” and “I didn’t!” drifted down the hallway. Reluctantly, I flipped back the duvet and made my way to the living room where I found two of my children in a red-faced stand-off over the TV remote control. The tone was distinctly hostile and accusations were flying and the anger and disrespect was palpable.

Later that day, once we’d talked about the issue and solved it for the time being, I was talking to my husband about the argument. What had upset me about it most of all was the way the children had spoken to each other. It had been pretty disrespectful and their tone had remained disrespectful when they had talked to me too. That tone had left a distasteful feeling, it was uncomfortable and nagged at me causing lots of other past arguments and heated conversations to come flooding back to mind.

My husband finally said, “Well, if we want to change things in this house, we will need to be intentional. If you don’t like the tone we need to ask ourselves why the kids think it’s ok to talk to each other like that? Where have they learnt it? And why is it thriving in our house?”

OUCH! That made for some painful truth and soul searching. You see, that conversation made me realise that we had allowed disrespect to grow in our home. We had planted the seed of disrespect by the way we sometimes talked to each other in our marriage, and also how we talked to our kids. We had modelled disrespect. They had also seen it from friends and other places but we definitely had not helped. And we hadn’t dealt with it when we received or witnessed it too.

For the next couple of weeks my husband and I had some pretty serious chats about the culture we want in our home. What do we want to be like as a family? What kind of family do we want to grow? We talked to the kids too. We asked them how they experienced us and we spent some time apologising for times when they felt disrespected by us. It was pretty humbling for me! I hadn’t released that I had contributed to a negative family culture. In my nagging, or frustration or self-justification I had let disrespect grow. It made me have a really deep look at our family culture. Some things I loved. Others…. not so much…

Like so many families there are some things that are wonderful about our family.

I love the way we hang out a lot around the dinner table.

I love that we take time to chat and be together at the end of the day.

I love that we all love holidaying together, even with teens in the house, we love to still be together on holidays; walking and making memories.

I love some of our Christmas traditions, and our traditions around seasonal markers.

However, I also realised that we had some family culture I wasn’t so wild about; the disrespect being first but also how we allowed fights and disagreements to rumble on for too long, and the general negativity and ungratefulness about some things. I didn’t like that we had an attitude of “someone else will do it” over chores and jobs around the house.

You see, in all of this, I came to understand that we all have family culture whether it’s intentional or not. We all have our “normals”, our ways of doing things and reacting, things we have learned from our experiences, and when we get married, our “normals” collide with our spouses’ normals. Sometimes those collisions are more of a melding of similar backgrounds but sometimes in our collision, we develop even worse habits or battlegrounds. How we talk about things, the division of chores, how we spend money; there are just so many areas that affect our culture.

After lots of conversations, we decided as a family that we would dream together about our family culture and look to make changes. It has taken a couple of years, but I can finally see some change. By agreeing together that we are not going to let disrespect be our culture, we have seen a gradual shift as we hold each other accountable. We decided on some ground rules, we decided that if things were getting heated, we would communicate a time-out with a timeframe! One of us will say, “I can’t deal with this right now, can we come back to this in 20 minutes?” We decided that we could gently challenge each other on disrespect. Don’t get me wrong, there are still times when we are still disrespectful but we understand that we are working to deal with it in our family.

The other thing we agreed on was that we wanted to be quick to deal with issues or disconnection. We would not let disagreements linger and get drawn out. We decided that we would work through forgiveness quicker. This was harder still, but interestingly, my youngest, for whom this has been the norm for more of his life, is the best at it! He is very quick to own and mend his disconnect, the rest of us have to keep working.

Modelling what we want

My husband and I realised that to change family culture we would have to model it first. It starts at the top, but we also need to decide as a family. Obviously, we are at a stage in family life where we can have these conversations with our teens, tween and eight year old, and not everyone is in that stage of life. This is our story. I get that sometimes blended families, trauma, history and pain can make this really tricky but I do know that it’s not too late to change culture if you want to.

As parents, we do get to decide the culture we want to grow, my encouragement would be to start small and start with some positives to grow connection. Bring something new in, like bacon on a Saturday morning, or movie and pizza on a Sunday night, rather than going after the really big things straight off. It might take time but it will be worth the effort and consistency.

After talking about this with a friend, she decided she wanted to go after more communication with her children at university, so she has introduced a Monday night family zoom call. It started a little reluctantly, but now, six months later, it’s the highlight of the week and if someone has to pull out there is uproar, usually from the kids.

Another thing that came out in our family dreaming session was that we needed to have more adventures together… I’m still working out what that might look like! I’ve already vetoed some of the more outlandish suggestions. So far this year we have climbed some mountains and been paddleboarding. Watch this space for more. (I’m a little nervous!)