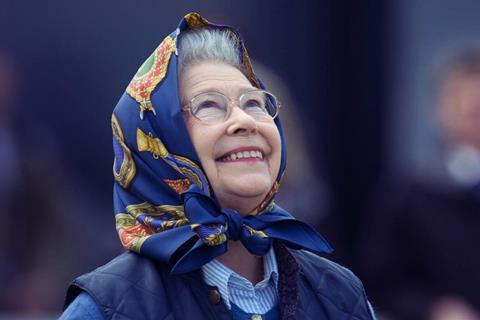 GROWING TOGETHER: FOR OLDER CHILDREN

To give thanks for the life of Queen Elizabeth.

With the end of the reign of Queen Elizabeth II on 8th September 2022, we can look back at a woman whose attitude to service was deeply rooted in her Christian faith. Quietly, humbly, she carried out her duties, serving the nation as she promised to in her 21st birthday broadcast in 1947. While she didn’t get everything right, her life ended with her being one of the most respected and valued figures across the world, not just in those countries where she was head of state or in the Commonwealth.

What then, does service look like for the children in our groups? The words of 1 Peter 4 show that it is to act with love to others, and to use the gifts that God has given us, as stewards of God’s grace.

You will need: pictures of the Queen and / or film of the Queen’s life and the means to view them

Look at the pictures of the Queen (you could show this set from the BBC website) or show a short film about the Queen’s life (such as this one). Chat with the children about the images you see. What words might they use to describe the Queen?

Read out these words of the Queen from her 21st-birthday broadcast in 1947: “I declare before you all that my whole life, whether it be long or short, shall be devoted to your service and the service of our great imperial family to which we all belong.”

You might need to explain that at the time she was speaking, Britain had an empire – a group of countries all over the world that it ruled. It doesn’t exist any more, as countries became independent and started to govern themselves. Ask the children what they think of the promise the Queen made. What does it mean to serve others?

Share out the Bibles and help the children to find 1 Peter 4:8-11. Alternatively provide copies of just the Bible passage. Explain that this is from a letter from Peter to the churches all across what is now Turkey. Split the group into pairs or threes (depending on the size of your group – if you only have a few children, do this activity all together). Give each pair or three one of these parts of the passage:

You will need: Bibles; Post-it notes and pens

Read this extract from the Queen’s Christmas message in 2012: “This is the time of year when we remember that God sent his only Son ‘to serve, not to be served’. He restored love and service to the centre of our lives in the person of Jesus Christ. It is my prayer this Christmas Day that his example and teaching will continue to bring people together to give the best of themselves in the service of others.”

You might want to read the Bible story that the Queen quoted – Mark 10:35-45. Two of Jesus disciples wanted to be in places of honour in heaven, but Jesus points out that that’s not how his kingdom worked. If you want to be first, then you have to serve others. Jesus, the Son of God, came to serve others, not to be served.

Give out pens and Post-it notes and encourage the children to think about what they might do to follow Jesus’ and the Queen’s example and serve others. Challenge them to think of two or three practical things that they can do to “love others deeply” and “serve, not be served”. They should write those down, each one on a separate Post-it note.

Chat about what the children have written down – why did they choose what they wrote. How might they do those things this week?

You will need: Post-it notes from ‘Creative time’

Stick the Post-it notes to a wall or board and review what the children have decided to do. Encourage the children to pray for the others in the group, choosing one of the Post-its to pray for, for example: “Jesus, please help Chloe as she helps her brother” or “I want to pray for Tom as he visits his neighbour”.

You might also want to thank God for how the Queen served others too.

Alex TaylorAlex Taylor is the Resources Editor at YCW Magazine