Kid’s TV - now and then. Has it got harder for Christian parents? 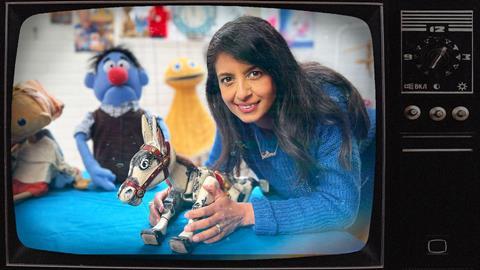 I remember waking up early on a Saturday morning and creeping downstairs to put the TV on. I would know what time it was purely by how long the picture of the girl, the puppet and the chalkboard stayed on my screen before the cartoons began. (I know that dates me!)

I would then watch Children’s TV for a couple of hours before my mum and dad got up. Shows such as Banaman, SuperTed and Pinky and The Brain were firm favourites, and then later on, the fun began with TImmy Mallet and Going Live! There wasn’t a huge amount of choice, it was a choice between BBC1 and ITV. ITV felt edgier and a little cooler, but there were also more programmes I wasn’t allowed to watch on ITV!

Apart from those couple of hours on Saturday morning, there were a few other slots to watch. If there was no homework, and I’d finished my chores, there was time to watch something between 3.30 and 5.30pm. In fact in my early teens, I’d perfected the art of the quickest shower in the three and half minutes between Home and Away and Neighbours (a skill that I was very thankful for when I had three kids under five!). 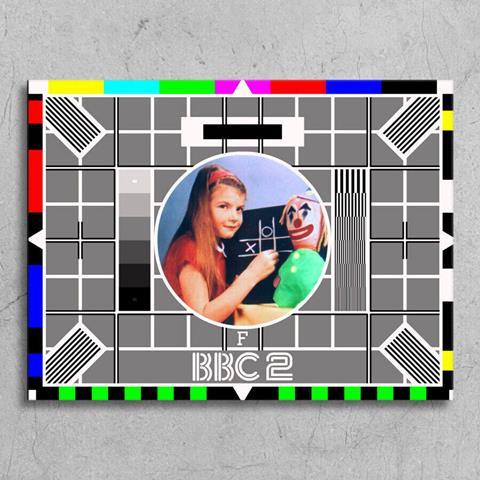 My youngest two children are amused when I tell them that there was no choice, no on-demand TV, no instant streaming of movies when I was their age. (My favourite film was an old VHS-recorded-from-the-TV of Mary Poppins, that was so overused that I had to manually rewind the last 20 minutes with my finger because the teeth on the VHS wore out!)

I think Children’s TV has changed drastically over the years. I find myself telling my kids to “turn that trash off!” more and more frequently. To me, children’s TV seems to have become banal and crude and unnecessarily sensational. It’s not like the old days of the safe silliness of Wacaday!

I recently watched a BBC documentary looking at Children’s TV over the years ’Kid’s TV: The Surprising Story’ . It was a beautiful, nostalgic journey back into the recesses of forgotten memory. And it got me thinking, was children’s TV just better then or do I remember it with a golden haze of happy childhood memories? Is it all really “trash” now or am I viewing Children’s TV through the eyes of the grown up I am?

It was clear from watching this documentary that Children’s TV has always been controversial and somewhat pioneering. Whether it be Valerie Singleton on Blue Peter in the 60’s showing the nation that women are as adventurous and brave as men, or Janet Ellis setting records in skydiving, or Floella Benjamin, one of the first black female presenters, on Playschool; children’s TV has forged a way for better representation of women and people of different ethnicities. Children of our nation got to see faces that were similar to their own for the first time on TV, representing the diverse nation that we are. But there was a definite drive to push the boundaries of what had been, and keep track with the experiences of children. We might remember an innocence about TV in the 90’s but the documentary clearly showed that it was pushing boundaries of what was considered suitable for children. There were many a complaint about the showing of drug addiction, AIDS, same sex love affairs and sexual abuse. In 1987, there were complaints that Blue Peter announced that Janet Ellis was pregnant on air. Rainbow was heavily criticised for being incredibly camp. Byker Grove, in 1995, featured the first gay kiss on childrens TV. Children’s TV has always been controversial, it’s not a new phenomenon.

I remember when my mum banned us, my brother and sister and I, from watching Grange Hill on the grounds that it was exposing us to unneccesary crassness and a world that we didn’t want to dwell in. She called TV then “trash” and would show us Andy Pandy and Watch With Mother clips, the shows that she grew up with, which seemed boring, slow and very, very dated.

How much are we watching today?

So, has TV just kept pace with a changing world? In the same way that Children’s TV broke away from the heavily scripted and formal format from my mother’s TV watching days, to the chaos and unscripted fun that was Going Live or Alive and Kicking? (which I found hugely entertaining!) maybe TV is just reflecting the world in which our children are growing up in much the same way it did for us in the 90s?

With WHO’s controversial advice on screen time for the under 5s (no more than an hour a day screen time) and the NHS advising ’no more than two hours a day’ for school-aged children, there is a rising concern about the amount of time children are spending in front of a screen. So are children watching more TV now than when we were kids?

Interestingly, the overall picture is that children are, on average, watching the same amount of TV now, as they did in the 1990s (about 2.5 hours a day). So if viewing figures are anything to go by, Children’s TV hasn’t declined, it is as popular as ever, particularly with the younger audience. And the BBC is still at the forefront of education, creating programmes that support learning and encourage inclusivity with an increase in programmes that are aimed at children who use Makaton, BSL and audio description.

As a parent, I am trying to make sense of the fast-paced, changing world that my children are growing up in. I am trying to navigate the fact that certain topics are coming up quicker for my children than they did for me. Same sex relationships, divorce, suicide and mental health issues are all a part of the world that my children encounter. So it’s not a surprise that this is reflected in the Children’s TV programmes. We live in a society that promotes equality and representation so it’s unsurprising that it is on the television!

Our choice, as parents, is to decide whether we complain about the quality or content of the programming for our children, lamenting the TV of our youth, or whether we parent our children and help them make great choices about what they watch.

Personally, we heavily limit You Tube in our family; the auto play feature and the endless suggestions of “whats next” is just too darn addictive! I am nervous of just might what auto play.

We also put age limits on all streaming services, including iplayer and Disney+ as this just helps narrow down the selection and limit the temptation.

The most important thing that we try and teach our children, though, is to listen to their “gut” otherwise known as The Holy Spirit. We encourage them to listen to that feeling if something doesn’t “feel” right, if they get a yucky feeling, or an “uncomfortable” feeling. We ask them to always honour that feeling and turn the TV off straight away. This has saved them so many times from watching something too scary or something they are not ready for. Sometimes there are things that we watch together and talk about as issues are raised, questions are encouraged!

I think for as long as the TV has been around there have been nervous parents worried about the content and quality of what their kids have been watching. It isn’t a new problem. However, we do have the power of the remote control and the WIFI password! TV might stay controversial but we still get to be the parents.

But I still mourn the loss of Timmy Mallet, BBC’s The Lion, the Witch and The Wardrobe and Fun House on our screens. Surely our children are the poorer for it?!