Is the Stranger Things series suitable viewing for Christian teens?

Andy Peck finds this gripping series a little too extreme for him, but his eldest teenage son loves it 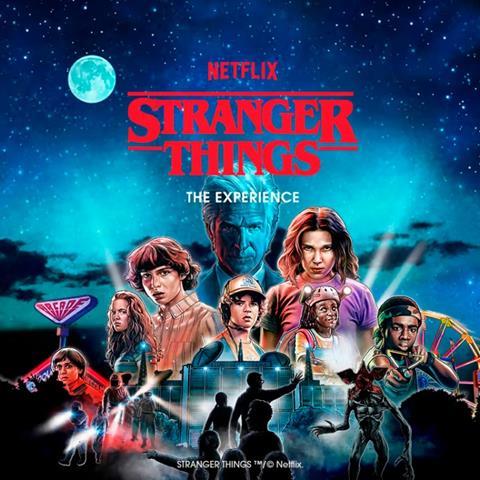 Overview. Set in the fictional small rural town of Hawkins, Indiana, in 1980s, there are a series of supernatural events surrounding a boy’s disappearance and discovery of a mysterious girl with special powers. This is all linked to a government agency. The drama surrounds the children, teens, tweens and adults caught up in the mystery.

The series appeals to adults who know their films as well as having the dramatic edge to grip teens. Horror fans may spot the way it subverts horror tropes. The acting is good, with fine performances from everyone, especially Winona Ryder (Joyce Byers), and a great redemption arc for Steve Harrington (Joe Keery) who develops wonderfully from Season 1 to 4. The special effects are convincing and the tension, suspense and character work within the show is exemplary

it is too gruesome for me, but teens into that kind of thing will see no problem. Also in Season 4 there are multiple scenes filmes in an abandoned prison in Lithuania which formerly used to house Jews during World War 2.  Given that this was a site of imprisonment, torture and executions for political prisoners, the use of the prison for drama has rightly caused outrage.

This has been one of the most popular sci-fi dramas on Netflix. Think a mixture of Dr Who, the darker parts of Harry Potter and the X-Files. If your children like these types of shows, they will love the weird stuff, mystery, dark and gruesome characters in this. There are moments of real peril with monsters and ugly gory deaths.

It’s not my kind of ‘entertainment’, but my eldest (late teens) is nonplussed by the gore and the drama is gripping and the series are binge watch worthy. If you have the stomach for it, older parents might enjoy the trip back to the 80s. Netflix have trailers online if you want a taste.

The interactions between charaters is well crafted and promotes wholesome supportive friendships that help them through some traumatic times.

Christian references are minimal: one family are churchgoers. There are references to the game Dungeons and Dragons being demonic, but this is minor.

For those sensitive to such issues there are a few gay characters within the team, but this is incidental and not a key plot point.